An Ode to My Bicycle 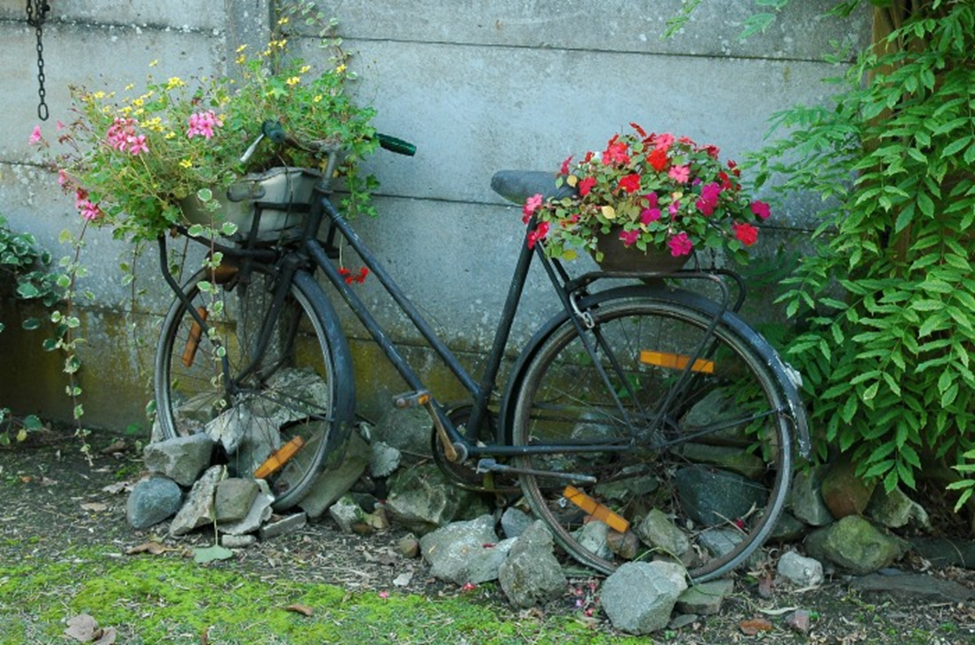 (This is not a photo of my cycle, but I wouldn’t be surprised if it has turned into a piece of art by now)

Maintaining a bicycle at Regional Engineering College, Warangal (RECW) was harder than passing out with a gold medal. I failed at both, miserably.

I walked into my college campus in June 1993 with two assets: my brown Hero Ranger cycle and my black metal trunk with my name and address painted in white. The trunk, made popular by the army (every soldier carried one), made me feel like I was launching a four-year war with RECW (now National Institute of Technology). It was my dad’s trunk which he had bought when he joined his first job as a signal and telecom engineer in the Indian Railways. It was then handed down to my brother who used it for four years at IIT Kharagpur. Following family tradition, it was then handed down to me. I still have it, and presumably it will eventually be handed down to my son.

But my cycle was a different story. It was hard earned. My dad promised to buy me a Hero Ranger if I topped my 10th class exams — which I did. The Ranger cycles had thicker tires and straight handlebars; it was one of the first Indian cycles designed for long distance rides. I used it very proudly in my school years and when I had to go for my tuitions.

Since my father worked in the Railways, I was entitled to a free railway pass, which meant that my cycle could accompany me to RECW. The distance between the hostel and the computer science department was roughly a kilometer — short enough to walk but long enough to need a bicycle to make it in time for classes. I assumed that everyone else would have a cycle too, but I was mistaken. Almost everyone walked to class. They could often be seen running since they were invariably late.

As soon as word spread that I had a bicycle, my wing mates developed new and urgent needs for its use — to go to the lab, to the STD (public telephone) booth, or for a snack outside campus. Since I could never say no, the demands for my cycle increased. Soon the cycle became common property. Everyone in my hostel used it and eventually someone lost the keys, which meant that no one needed to ask my permission anymore. Once, when I needed to use it urgently, I didn’t find it outside my hostel. After asking around and hunting for it I found it with punctured tires outside another hostel! One weekend, after spending a couple of hours and around Rs 20, I got it fixed. I decided never to lend it again.

Alas that was not possible! Soon the requests restarted. I realized that if I said “No” I would be seen as selfish and lose all my friends. So I did lend my cycle, though reluctantly, and I repeatedly urged the users to return the keys to me. After a couple of weeks, one day I was late for class and so I rode my cycle to the computer science department. When I neared the building the cycle didn’t seem inclined to stop. It took me a moment or two to realize that the brakes were not working. I had to jump off and I landed on all fours!

All through the class I was fuming silently. In no mood to waste another weekend fixing the bicycle, I let it be. I assumed that when my friends were warned about the busted brakes they would not bother asking for it again. But the requests never really slowed down. I got used to riding the disobedient cycle. I soon realized that brakes were not necessary, except when I had to make a sudden stop. I just had to cease pedaling at least 20 meters before the desired stop and slowly glide to a halt.

It wasn’t long before the metal stand of my cycle disappeared! But it wasn’t really a problem because you could lean it against any wall in the hostel or department. If worse came to worst you could just lay it down on the ground, allowing it to rest peacefully.

Even without brakes and a stand, my cycle continued to be in demand. I slowly shed my possessiveness and accepted that it belonged to everyone; sharing it was an act of generosity for the greater good. A few weeks later I used my cycle for what was to be the last time. It looked a bit peculiar to my eye. Rather skeletal, in fact. All the springs beneath the seat were visible. Sitting on it would have given me a sore bum, so I rode it standing and jumped off after allowing it time to stop near the computer center. I left it leaning against a tree.

My cycle relaxed beneath the tree in solitude for a few days, and then it disappeared. Perhaps a braver soul than I was riding it. I entered my second year sans bicycle. It was only in my final year that I finally saw a cycle that looked like mine. It was leaning against a wall of one of the hostels. Some plants had grown around it. It was time to bid my cycle and my college farewell.