When politicians write their memoirs 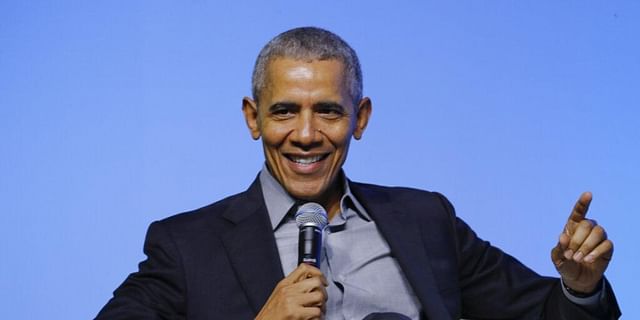 Former president Barack Obama’s memoir A Promised Land published by Penguin Random House sold a record 8,90,000 copies within 24 hours of its release and 3.3 million (its initial print run) in the first month. I have personally enjoyed listening to the 28-hour audiobook edition that is read by Obama himself. This book may have single-handedly saved independent booksellers who have had a rough time staying afloat during the pandemic! Overall, the Obamas justified their $65-million advance for a three-book deal — Barack’s two-part memoir, and Michelle’s Becoming.

As a literary genre, a memoir forms a subclass of autobiography. Although the terms ‘memoir’ and ‘autobiography’ are often used interchangeably, there is a subtle difference: an autobiography is your life story from beginning till the present day and a memoir focuses on a specific period (for Obama, it was his presidency). There are many sub-genres of memoirs as well, such as the travel memoir which foregrounds the places the author has gone to, or the celebrity memoir, which is mostly ghostwritten

Of all the presidential memoirs, The Personal Memoirs of Ulysses S Grant (18th president of the United States who was commanding general during the American Civil War) is considered among the finest military memoirs. Written primarily to pay back a loan and support his family, the book focuses mainly on the general’s actions during the Civil War. It was published shortly after his death and is still in print today.

Diaries: In Power by British Conservative Member of Parliament Alan Clark is one of the best political memoirs because of its stylish writing, acute observation and dashes of insanity. The Path to Power by
Margaret Thatcher on the other hand became a bestseller but was boring (and written by her assistants).

The first political memoir that I read was The Insider by P V Narasimha Rao, which had invited widespread criticism from all the political parties of India. It is neither an autobiography nor a work of fiction but is a semi-autobiographical work of PVN written in a fast-paced narrative style. It not only describes the dark side of politics but also sheds light on the evolution of India and Indian politics. This book details events from his childhood, all the way up to the early 1970s. His plan was to continue
the rest in a sequel which, unfortunately, never materialised. A more objective biography of PVN, The Man Who Remade India, was written by Vinay Sitapati in 2018.

Compared to the west, where practically every American president and British prime minister pens a memoir after his term, very few Indian prime ministers have followed that path: after Narasimha Rao only IK Gujral has written a memoir, Matters of Discretion. I would have loved to read a memoir of Manmohan Singh as it would have given us a perspective of a man who was much admired and misunderstood. Sanjaya Baru’s controversial The Accidental Prime Minister was harsher to him than how history will probably judge him. Singh was probably more comfortable writing academic books than dwelling on
his prime ministership or private life.

Then there are autobiographical works by leaders of national importance such as L K Advani’s My Country, My Life, P Chidambaram’s Speaking Truth to Power and Pranab Mukherjee’s multi-volume memoir. Finally, I am looking forward to the new biography of India’s 11th Prime Minister Furrows in a Field — The Unexplored Life of HD Deve Gowda by Sugata Srinivasaraju. I hope the book does justice to someone who has been in public life for nearly seven decades and who rose from the very bottom to the very top!