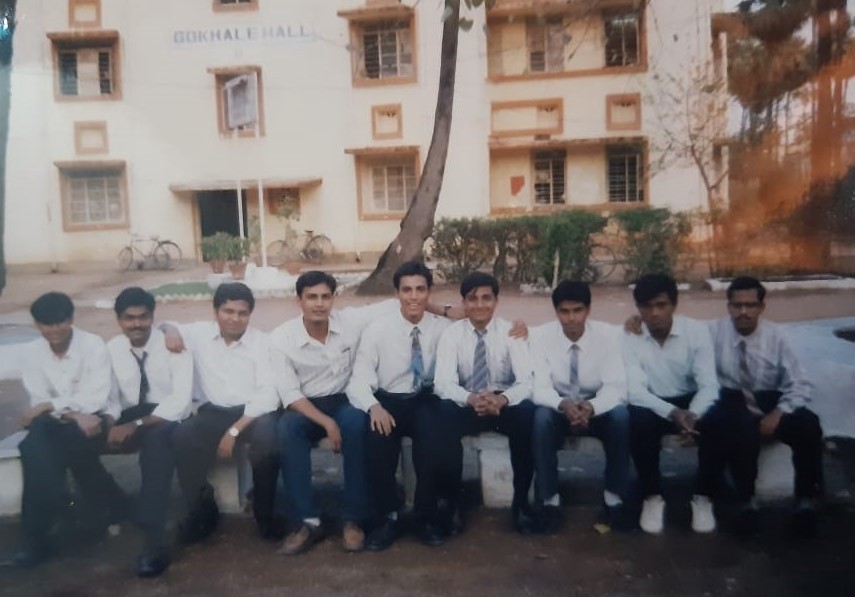 When I got admission into the Regional Engineering College Warangal (RECW) in 1993, it was notorious for its ragging and infiltration of Naxalites. It was ironic that the very first REC (now called National Institute of Technology), built on the concept of promoting national integration by having students from all the states of India, and whose foundation stone was laid in 1959 by our first Prime Minister, Jawaharlal Nehru, was infamous for its ragging rather than for being one of the top engineering colleges in the country (after the IIT’s). I was relieved that I managed to get admission into Computer Science and that my four-year torture of relentless studying (from ninth standard onwards) would eventually come to an end. Alas, I was wrong! The torture had only begun, and to make matters worse, studying was not reduced even a bit!

Many among the current generation entering graduate studies may find it surprising that there was a time when ragging that included physical beating (for students in boys hostels) was normal in colleges, before the nationwide ban in May 2001 (thanks to a landmark anti-ragging judgement by the Supreme Court of India). The fact is that my generation has mixed feelings about a practice that is soon becoming a thing of the past. But almost everyone has strong memories — often mixed feelings about their first few months in college.

When I walked into the beautiful lush campus with my dad in August 1993, I found that my seniors were unusually helpful, going out of their way to create a good impression. My dad probably knew that it was a façade and hanging around too long would be detrimental to my stay in the hostel. So, he left immediately after he had dropped me off at my hostel room, located on the 2nd floor of Hostel No: 8, Raman Hall. Here I was left with my new roommates, all from the same state — Madhya Pradesh. My roommates were Shantanu, Sukhdev and Sandeep (from Bhilai, Bhilai and Bilaspur respectively). We shared our adjacent rooms with ‘freshers’ from Tamil Nadu.

Ragging and bonding at RECW were strictly on state lines. You could only be ragged by seniors from your state; you also developed intense loyalty to state mates. The ragging period varied from state to state — from a few weeks to three months. The student population from north Indian states (primarily UP, Bihar and MP) was larger because of the state quota, and they also practiced more severe methods of ragging. There were fewer students from the southern states (Kerala, Karnataka and Tamil Nadu) and the ragging was milder. Andhra Pradesh being the home state had a 50% quota of seats (155 of a total of 310 per batch), and ragging was between those from the same city/hometown (Hyderabad, Guntur, Nellore etc).

Every northern student envied the southern ones. You could clearly make out the difference between them by looking at the faces of the freshers — the northern ones looked and behaved like zombies with their swollen, sleep-deprived eyes and red cheeks burning from the slaps they got. For many, going to class was the best time of the day as they could not only catch up on sleep but also escape the constant harassment of the seniors. We all dreamt of a time when the ragging period will come to an end. When it eventually happened(with the Freshers party), it was a cause for wild celebration, partying and above all, a sense of relief.

Ragging was meant to be a great leveler, build camaraderie, and form the foundation of life-long friendships. The idea was to know everything about your state mates — strengths, weaknesses, vulnerabilities, date of birth, family history etc. Once we all got beaten (slapped) together, laughed and mocked at, there were no more inhibitions among ourselves. Our status and background did not matter ever again. Our egos and confidence were both shattered at the same time.

We had to keep a daily count of the number of slaps we received and by the end of the ragging period my number was nearly 200. I still remember one of my seniors giving me a “180 degree” slap — a term used to denote a full hand swing of 180 degrees. The impact was so strong that I saw stars and almost fainted. The hand swing was so glorious that if he had put the same effort in throwing a discus, he would have won the Olympic medal, hands down!

Every batch had a ‘terror’ — a senior that everyone was scared of — someone tagged with an urban legend, whose stories of ragging were passed down from batch to batch. In my batch it was Vikram (name changed) who was in his final year — tall, dark, lean — he looked like a villain straight out of a Telugu movie. An invitation to meet him in his room made us go weak in the knees. The outcome was predictable — we were going to get a good ‘treatment’, a generous dose of slaps, and only the number was in question — no matter how well behaved we were. We crammed every minor detail about our batch mates — names of parents, date of birth, entrance exam rank etc — as if our life depended on it, since we might be quizzed on any of those facts.

I still remember walking into Vikram’s room. He was smoking a cigarette, the room was dimly lit, and he seemed to be in a lousy mood. He spoke in a low baritone voice. In the sixth year of a four-year program, he did not seem to have any friends, but as a state senior he demanded respect, and we all had to oblige, though reluctantly. Our task was to give the choicest gaalis (swearwords) to the rotating fan; the intensity and quality of the gaali was measured by its ability to stop the fan’s rotation — and we hoped it did! The final goal was to get an intro from a senior — it meant a treat at a nearby restaurant — mostly of puff, dil-pasand and Maaza (a bottled mango drink)! The treat meant the senior had become your friend and could not rag you anymore.

The culmination of ragging, the final night, was dubbed “Golden Night”. The date was a secret. We had heard that Golden Night was when the ragging would peak but also end. Everyone’s count of slaps would be noted and equalized — there was an emphasis on being unbiased and democratic. No one was supposed to be smarter than another — at its core, ragging was a very egalitarian concept! All my 9 state mates were nervous but to different degrees; some had become numb to the ragging; the only thing we looked forward to was a full night’s sleep.

The final night was more fun than we had anticipated. We went full monty, cracked jokes, laughed and danced, and surprisingly, we were well fed! When we walked back to our rooms, after the final night of ragging, we felt we had climbed the Everest and seen the other side of the world!

Let me take the liberty of paraphrasing Nehru’s iconic Independence Day speech with a tinge of sarcasm: “at the stroke of the midnight hour, when the world slept, 9 freshers woke up to their freedom”. Nehru, when he laid the foundation stone of RECW, would not have imagined the local significance of his “Tryst with Destiny” speech!

There are a total of 31 National Institute of Technology(NIT’s) in India today. They were declared as institutes of national importance in 2007.