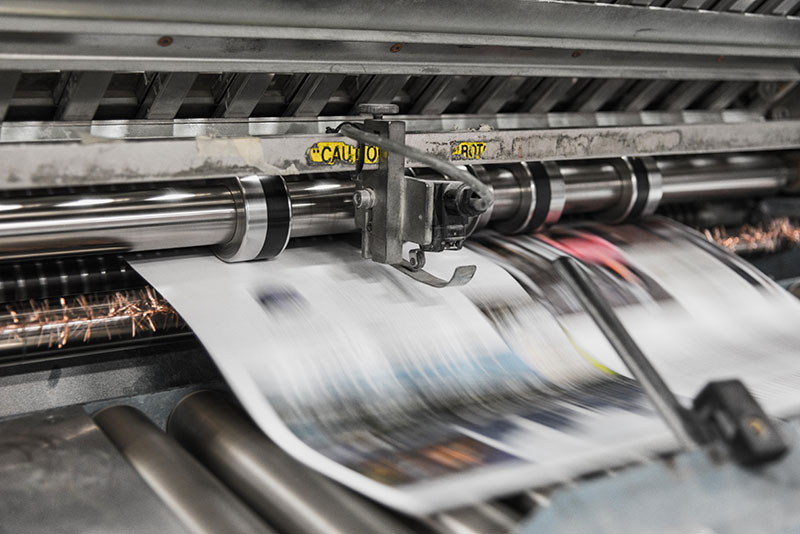 Johannes Gutenberg, born in the city of Mainz, Germany is considered one of the most influential figures of the last millennium. Ironically, he is also one of the great mysteries of history. Not much is known about his personal life — when he was born, whether he married or had children, where he is buried or even what he looked like. His major work, the Gutenberg Bible (also known as the 42-line Bible), was the first printed version of the Bible.

Most of the information about Gutenberg comes from legal and financial papers, and these indicate that the printing of his Bibles was a particularly tumultuous affair; he was driven to financial ruin by a lawsuit filed by his business partner Johann Fust. It’s unlikely that he ever turned a profit off his most famous work. I have been fortunate to have visited the Gutenberg Museum in Mainz, a must for anyone interested in books and the printing world. Two original Gutenberg Bibles (kept inside a bulletproof room) are among the Museum’s most important treasures.

By studying the size of Gutenberg’s paper supply, historians have estimated that he produced around 180 copies of his Bible. Of these, only 45 are known to exist today (of which 12 are in America). Not surprisingly, there are numerous books about these surviving Bibles. The Lost Gutenberg by Margaret Leslie Davis tracks the journey of one copy as it passed through several hands over five centuries to arrive at a Tokyo steel vault. Gutenberg’s Apprentice by Alix Christie places Gutenberg’s former assistant Peter Schoeffer at the centre and takes us through the fraught journey of the printing of the Bibles.

I have bought a facsimile copy of the 1454 Bible — the closest ever to the original. I also managed to acquire a mounted and framed original leaf from 1478 printed in two colours by Nider, a contemporary of Gutenberg. Another of my possessions is a facsimile of a leaf from a Gutenberg Bible — not a mere print, but a leaf reconstructed with type in Germany in the 1950s.

How did Gutenberg arrive at the idea of not writing out a book by hand but to mechanically reproduce it? Actually, a form of printing did exist before Gutenberg! From as early as the 12th or 13th century, China (which invented paper) and Korea were using inked letters carved on wooden blocks impressed on to paper. This early printing process eventually found its way to Europe by the late 14th century, and some documents, though not books, were being produced this way.

One wonders how Gutenberg, a goldsmith, hit upon the idea of the next step — using movable type with individual pieces of metal instead of wooden blocks that can each only accommodate a few lines of text. While Gutenberg pioneered the technology of printing, the printers who came after him — Nider, Anton Koberger, Nikolai Jessen, Aldus and Erhard Ratdolt — improved on and finally perfected it. I have managed to get an original leaf from some of these great printers.

Schoeffer partnered with his father-in-law Fust to refine the process and print many beautiful books, including the Mainz Psalter of 1457, which is the first book to have a colophon — the printing date and printer’s emblem often accompanied by a brief statement. It is amazing that even after 550 years Gutenberg evokes such interest in researchers and technologists alike. Probably because it has had the greatest impact on mankind, or simply because printing is considered the most groundbreaking invention since the wheel!