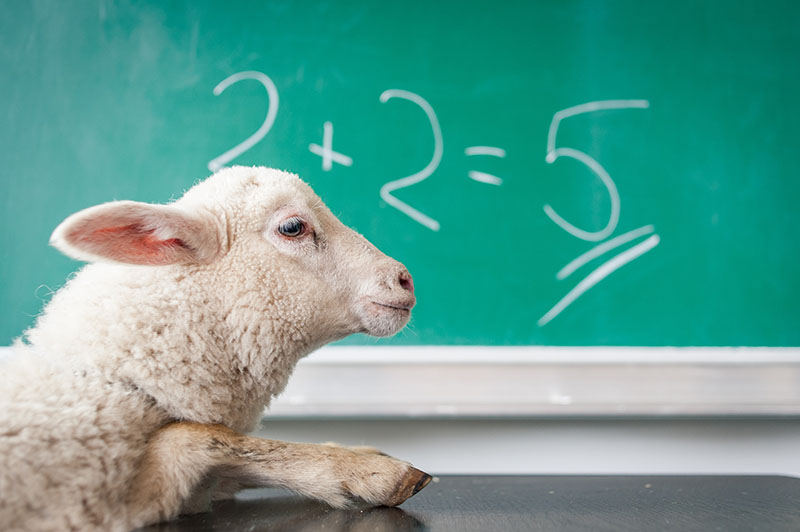 I have gone from having nightmares of Math to being in love with it. I assume many of us have felt nervous before a Math exam (even when we were very well prepared) and dreaded the outcome. One of my concerns with the education system was that it never emphasised how Math can be applied to our day to day lives

The first time I started enjoying Math was entirely because of my incredible Math teacher – Mr S K Banerjee. However, it was a long time before I read a Math book like a novel. And that book was Simon Singh’s Fermat’s Last Theorem. The theorem is the most notorious problem in the history of mathematics and surrounding it is one of the greatest stories imaginable

Around 1637, Pierre de Fermat scribbled this proposition in the margin of a copy of Arithmetica: no three positive integers a, b, and c satisfy the equation an + bn = cn for any integer value of n greater than 2. It took 358 years of effort by mathematicians before the first successful proof was released in 1994 by Andrew Wiles and formally published in 1995. Singh’s book not only explains the theorem but also tells the fascinating stories of mathematicians whose lives were tormented by this intriguing problem. I loved the book so much that I sent a copy to Mr Banerjee!

Seventeen Equations that Changed the World by Ian Stewart is both informative and entertaining. From Newton’s Law of Gravity to the Black-Scholes model used by bankers to predict the markets, equations are omnipresent and fundamental to everyday life. This book examines 17 ground-breaking equations and explores how Pythagoras’s Theorem led to GPS and Satnav (satellite navigation); how logarithms are applied in architecture; why imaginary numbers were important in the development of the digital camera, and what is really going on with Schrödinger’s cat!

For many Indians who have grown up hearing the story of the genius Srinivasa Ramanujam, The Man who knew Infinity by Robert Kanigel is a must read (it was later made into a movie). Ramanujam died at 32 but left behind a magical and inspiring legacy that is still being plumbed for its secrets. A similar book is Finding Fibonacci by Keith Devlin. The author has delved into the life of Fibonacci (famous for the Fibonacci number which, ironically, he did not invent!) whose book Liber Abbaci (the book of calculation) in 1202 introduced modern arithmetic to the western world.

Zero by science journalist Charles Seife is an entertaining look at a number that is both nothing and everything. The book follows the number from its birth as an Eastern philosophical concept to its struggle for acceptance in Europe, its rise and transcendence in the West, and its ever-present threat to modern physics. Today, zero lies at the heart of one of the biggest scientific controversies of all time: the quest for a theory of everything.

And finally, I would urge everyone to read Weapons of Math Destruction by Cathy O Neil. It is important to know how the decisions that affect our lives — where we go to school, whether we get a car loan, how much we pay for health insurance — are being made not by humans, but by mathematical models. The models being used today are often opaque, unregulated, and uncontestable even when they’re wrong. Most troubling, they reinforce discrimination. This important book empowers us to ask the tough questions, uncover the truth, and demand change.