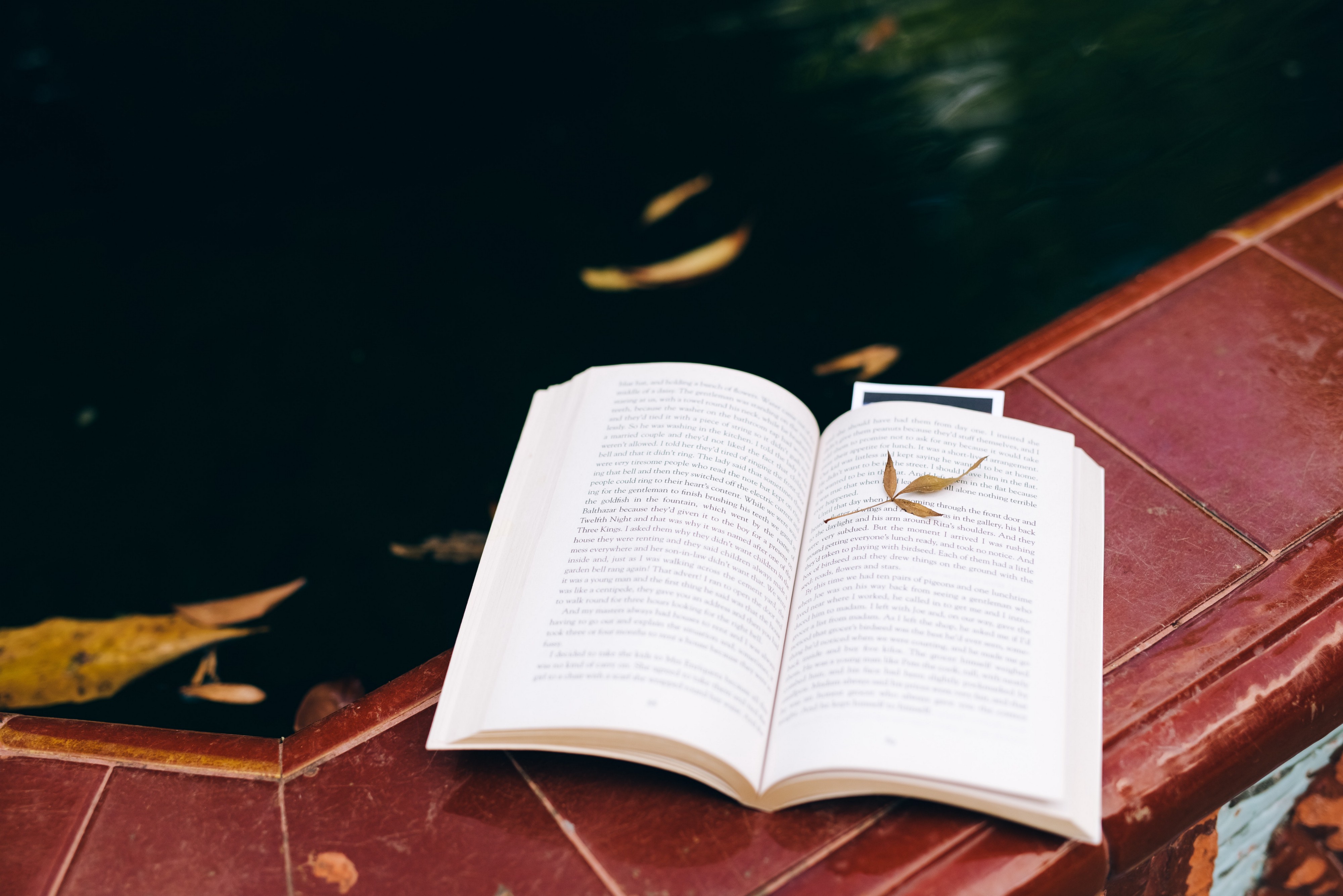 In front of the New York Public Library sat a tall, bespectacled man wearing brown shorts, a blue t-shirt and a lovely, broad smile. The chair he sat on could just about support him. A few books were kept on a small table with a large sign “Meet the Author”.

Meet Garrett Buhl Robinson, the sidewalk sonneteer. He is a poet and author, selling his books for $10 apiece on the streets of midtown New York. I stumbled on Garrett one day in September 2016 just after I had stepped out of the New York Public Library, and since that first encounter we have had many conversations, mainly via email. Whenever I am in New York I try to meet him. 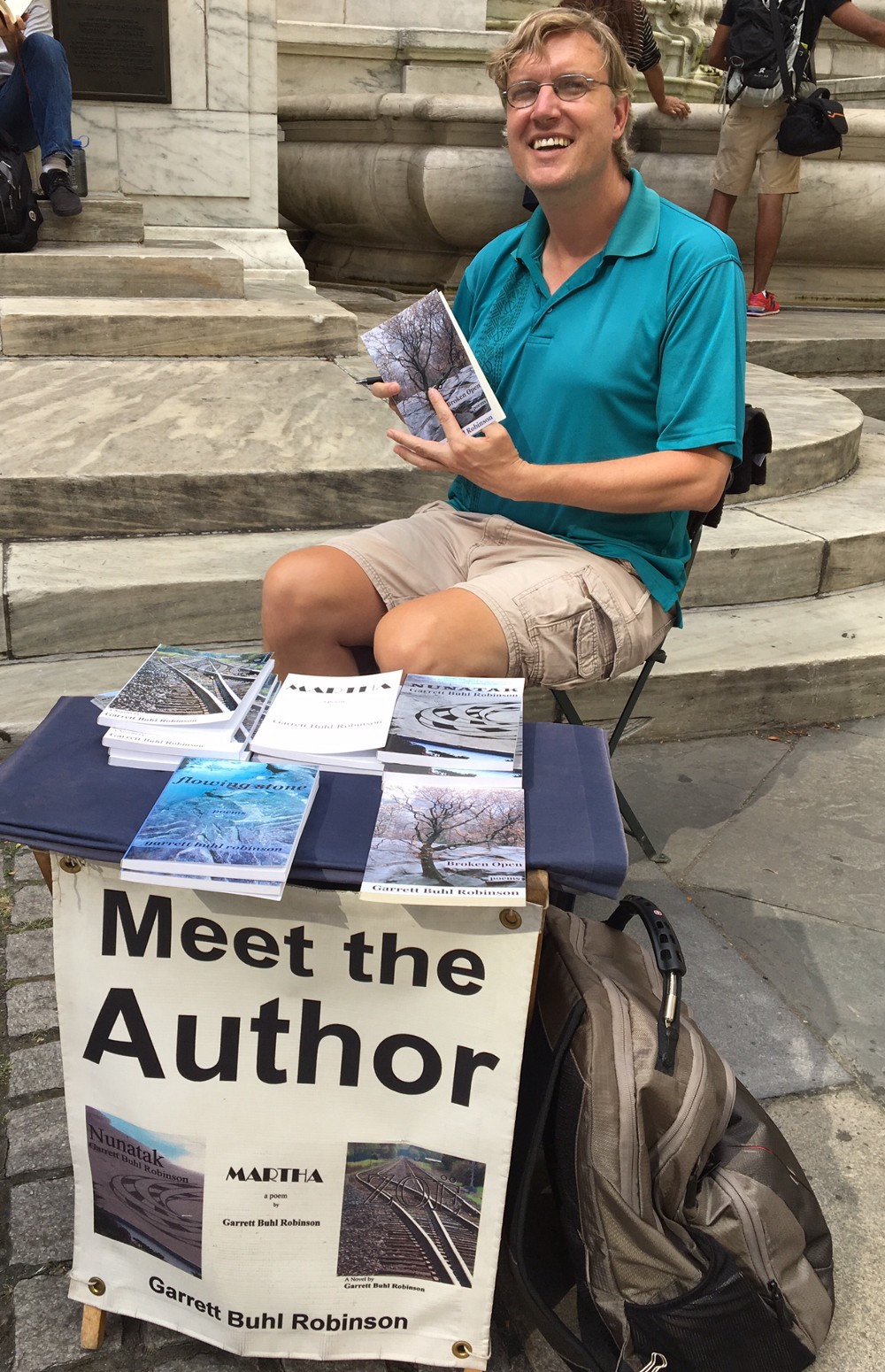 He was living in a shelter for the homeless when I first met him. Many months later, he wrote to say that he was “officially out of the homeless shelter” living in leased accommodation. “I have a hutch standing directly in front of me and the shelves are loaded with books of poetry,” he wrote. “They are like little birds perched on their limbs just waiting to be opened so they can fill the air with music. I’m sending you a poem I just wrote, I hope you enjoy it and I look forward to seeing you in April.”

Garrett differentiates what he calls his “job” from his “work”. A job is a means to cover his living expenses and work is what nourishes his being — the “quiet, solitary endeavor” that is the writer’s life. In his twenties he began to eliminate superfluous expenses that went to support his “lifestyle” — a car, for instance — because he figured that to support his “life” all he needed were food and shelter. For over 20 years he has been living largely in homeless shelters and working menial jobs to earn just enough to support his “dramatically simplified” life that allows for maximum time for studies and writing. A job within walking distance of where he lives reduces the commute and leaves him with ample time to read and write. No TV! Television has “absolutely no benefit” for him. He writes every day, following “a strict and rigorous routine of work”. He says he often tells people, “Don’t wait for inspiration. Work for inspiration.”

Garrett considers himself an autodidact, having graduated high school and attended a university only briefly. Deciding to pursue his studies independently, he used the university curriculum as a reading guide, systematically going through the course work of classes in Literature and Philosophy, and exploring math and science texts as well. Subjects as diverse as thermodynamics and cognitive theory piqued his interest. But poetry is his métier. A lyrical poet who loves to “make music out of language”, he counts Yeats, Whitman and Blake among his primary influences, and believes poetry to be as much an aural art as a literary one.

Garrett, who is in his late forties now, was “raised in a loving and supportive family”. His father was a practical-minded businessman but his mother exposed him and his sister to culture at every opportunity she could. He remembers seeing The Nutcracker when he was 10 or 11 and being so entranced by the toy soldiers that he created an imaginary world that he lived in for years. In his mind he was four inches tall, and he viewed the world from this perspective, designing and assembling “wild mechanical marvels” in his mind.

In the all-male military school that Garrett attended, his literature class was assigned to read T.S. Eliot’s The Wasteland when he was 16. The teacher’s explanation of the text utterly fascinated him and he began “writing poetry like crazy” although he reckons much of it was “disgustingly mawkish and puerile”. The poetic impulse stayed with him, though, and when he sensed the strong probability of his getting accepted into West Point after graduation, he realized he had to make a choice. “I seemed to be making a decision between becoming an instrument of war or an instrument of life. For me, poetry indicated the direction of life and that is the direction I chose.”

It is a direction that he knew would not generate an income, but he has adhered to it for decades with the constancy of a devoted lover. This self-professed “hopeless romantic” with an optimistic outlook on life says, “The goodness that is within us all is what I hope to celebrate in my life and my art.” He feels that his literary career has just begun and that his greatest works still lie ahead.
So Garrett Buhl continues to sing his poetry to passersby, sell a book occasionally, and relish the moment when a stranger makes a connection with what is written on the page. “I am very fortunate to have the most fascinating and diverse clientele in the world,” he says. “I don’t have the means to travel the world. So, I have strategically placed myself on the streets of New York City and I allow the world to come to me.”