Bhagavad Gita and its timeless appeal 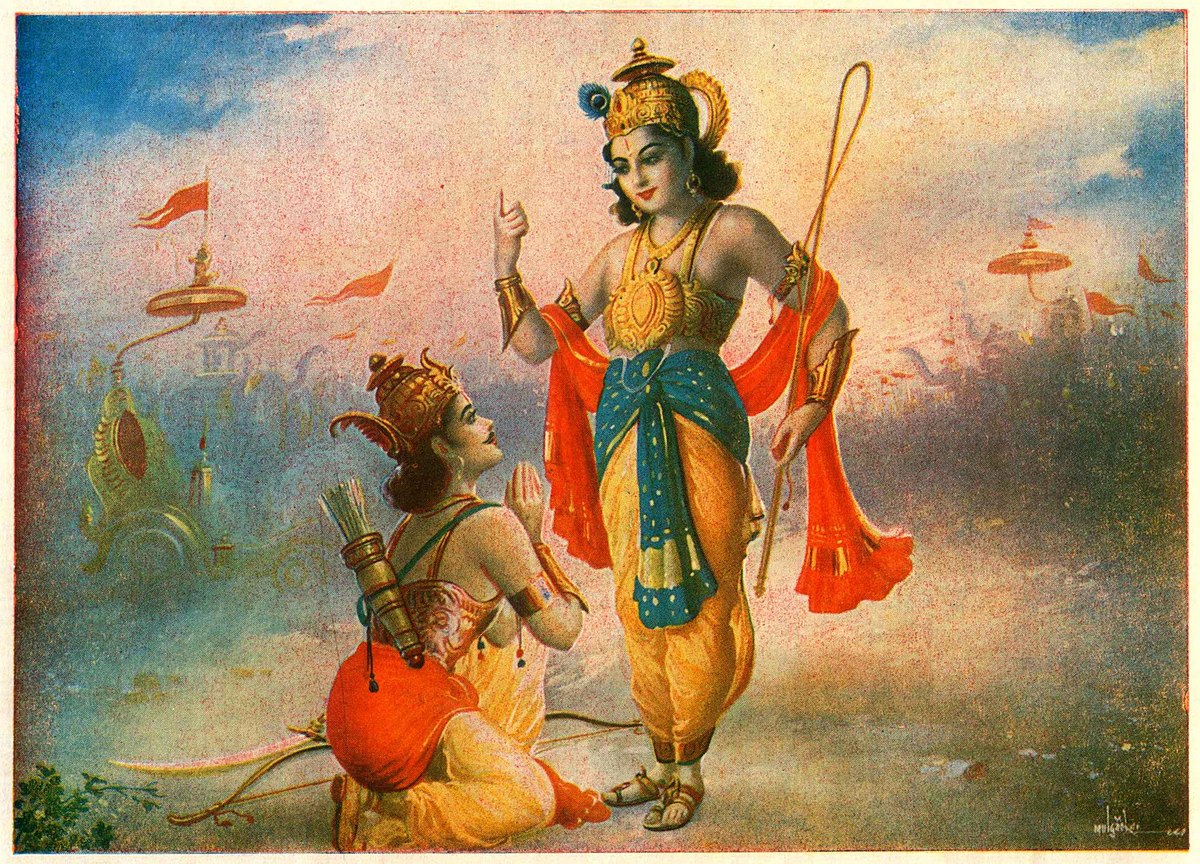 BENGALURU: The Bhagavad Gita is perhaps the most systematic scriptural statement of the Perennial Philosophy,” wrote Aldous Huxley in his Introduction to the translation of the Gita by Swami Prabhavananda and Christopher Isherwood. The perennial philosophy being a perspective in philosophy and spirituality that views all of the world’s religious traditions as sharing a single, metaphysical truth or origin from which all esoteric and exoteric knowledge and doctrine has grown.

The Gita has inspired many people, from freedom fighters like Lala Lajpat Rai, Bal Gangadhar Tilak, Bankim Chandra Chattopadhayay and Mahatma Gandhi to intellectuals/ scientists like Swami Vivekananda, TS Eliot, Herman Hesse, Ralph Waldo Emerson, Albert Einstein and APJ Abdul Kalam. Some have even advocated for the Gita to be declared the national book of India!

Why does The Gita have a universal appeal?
The Bhagavad Gita (or Song of God), often referred to as the Gita, is a 700-verse Hindu scripture that is part of the epic Mahabharata (chapters 23–40 of Bhishma Parva). It has been translated into more than 75 languages worldwide, over 300 translations in English alone. The Gita is about a way of life – it teaches us better concentration, overcoming anger, self-control, the art of right action, true happiness, devotion and so on. Here are the three English translations that I would recommend:

The first one I read (or rather, heard on audible) is by English professor, meditation teacher, Hinduism scholar and spiritual leader Eknath Eswaran. For its simplicity and readability, it is the most accurate version to start with.

The Bhagavad Gita According to Gandhi is based on talks given by Gandhi between February and November 1926 at the Satyagraha Ashram in Ahmedabad. I read this version, curious to know how Gandhi came to the idea of non-violence. I wondered how he reconciled the violence advocated in the Gita (where Krishna recommends that Arjuna fight his relatives in war, because it is his sacred duty) with his own non-violent position.

During the time that Gandhi translated the Gita from Sanskrit to his native Gujarati, he had withdrawn from mass political activity. This holy book became Gandhi’s most dependable spiritual guide and a constant companion through all the trials and tribulations of his life. He considered the Gita as the universal mother who turns away nobody; her door is wide open to anyone who knocks. As Gandhi famously said, “When doubts haunt me, when disappointments stare me in the face, and I see not one ray of hope on the horizon, I turn to Bhagavad Gita and find a verse to comfort me; and I immediately begin to smile in the midst of overwhelming sorrow.”

And finally, the book I want to read is Lokmanya Tilak’s magnum opus, Shrimad Bhagvad Gita Rahasya, popularly also known as Gita Rahasya. Written while serving his six-year prison term in Burma from 1908 to 1914, it must rank very high in the body of prison literature created anywhere in the world. The book is Tilak’s heroic attempt to show that the Gita – and Indian spiritual tradition in general – was not a call for renunciation and inaction, but essentially a guide that preached Karma Yoga, a path to desireless action to achieve a lofty goal.

Having read numerous books on leadership, I can with conviction say that if you can internalise The Gita, you don’t need to read any other leadership book ever in your life. And as Gandhi said, “Those who meditate on the Gita will derive fresh joy and new meanings from it every day.” Don’t postpone it, read it now.