The nostalgia of comics 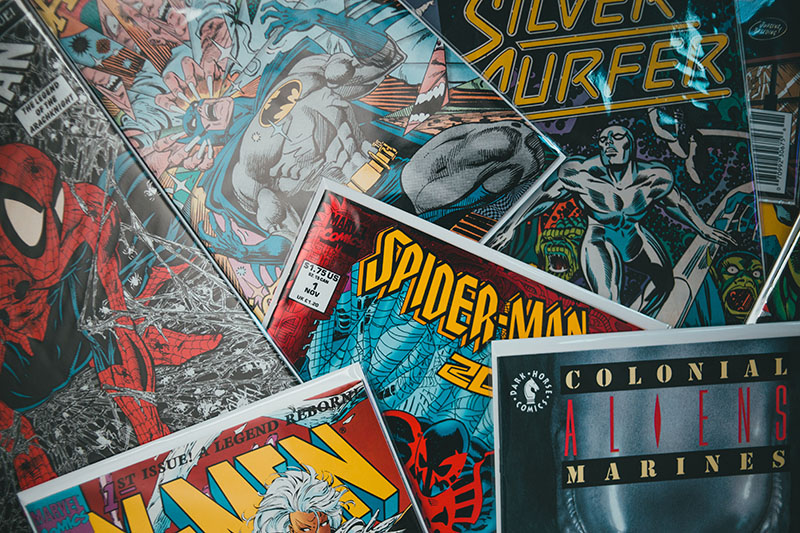 A cartoonist is someone
who draws the same thing day after day without repeating himself”
– Charles M Schulz, creator of comic Strip Peanuts.

There was a comic-swapping ritual when I was growing up that had its own unwritten rules and one of them was: One Tintin comic book equalled a whole bound-book of comics. That’s the leveraging power Tintin had: you could trade just one comic for a whole set of Phantom or Mandrake or Marvel comics. And long after it became more fashionable to prefer Asterix, I stuck with Tintin. You can imagine my delight then, years and years later, when I acquired a Herge-signed Tintin in the original French edition. And hardcover! The only kind of Tintins we came across in India were paperbacks, mostly later reprints.

The Adventures of Tintin consists of 23 volumes published from 1929 to 1976. Apparently, every 10 seconds, somewhere in the world a Tintin album is sold. The best albums are said to be The Calculus Affair, The Red Sea Sharks, and The Castafiore Emerald, while Herge’s own favourite was Tintin in Tibet. A Tintin museum opened recently in Brussels and one of the largest comic strips in the world is a Tintin strip on display in that city.

In my childhood days, I was blissfully unaware, just as most readers were, that Tintin’s reclusive Belgian creator Herge (real name Georges Remi) was a right winger who worked briefly for a Nazi collaborationist newspaper. Some Tintin editions such as Tintin in Congo and Tintin in Sovietland had to be revised by Herge for his crude ethnic caricatures of Africans and vilifying of communists. Herge later gave a statement regretting his stereotyping and explaining that as a child he had come under the
influence of ultra conservative Catholics who had indoctrinated him early with the notion of colonialism as a benevolent force and the supremacy of European/Christian culture.

But of course, these controversies have never prevented fans, scholars and filmmakers from exploring the world of Tintin. There is now a branch of learning that is officially known as Tintinology. In the last couple of years, there have been several books on Tintin and Herge, including a biography of its creator called Herge: The Man Who Created Tintin by Pierre Assouline (translated from the French). Another classic work of scholarship, also recently translated from the French, is The Metamorphoses of Tintin by Jean-Marie Apostolid.

Assouline’s book, while being critical, remains sympathetic to his subject. Herge, we learn here, moved away from his earlier prejudices, and in his later Tintin albums, shifted his plots from political concerns to psychological themes to avoid further controversy. Apostolid’s book was the first critical work of scholarship to study the comic book in depth and demonstrate how the Belgian artist’s obsession in the later comics turned to championing the underdog. Michael Farr is another leading Tintinologist who has written a series of books not only on the character and its creator but also on other major recurring characters such as Captain Haddock, Snowy, and the Thomson and Thompson Twins.

A comic and cartoon creator I have admired is Bill Watterson of Calvin and Hobbes fame. After seeing what the commercial world had done to the strip Peanuts, all because Charles Schultz allowed it, he refused to merchandise his comic strip. He could have made millions if he had said yes, but he held true to his pure vision and did not compromise. And so one of my treasures in my collection of signed cartoonists is a Calvin and Hobbes signed by Bill Watterson. Even to date, there are rumours that Calvin and Hobbes could return, that their creator has missed them so much that he could bring them back…We’ll just have to wait and see.

The two comic characters that had an overwhelming influence during my early days were Spider-Man and Bahadur. I used to eagerly wait for the 15-minute Spiderman episodes on Saturdays and watch them on my neighbour’s TV. For Bahadur comics, I had to wait for my exams to get over until my parents gave me three rupees to buy a copy, which I read and re-read.

The scenes of Bahadur on horseback, along with his friend policeman Sukhiya, may seem a little dated today but Aabid Surti, who conceived Bahadur’s character and started the comic strip in 1976, explains its relevance to those times: “I had to create an Indian character that could take on the popularity of the four foreign comics that ruled the market in India then —The Phantom, Mandrake, Flash Gordon, and Tarzan. During that time, the Chambal Valley was becoming increasingly notorious, and there were exhortations to people to group together to fight crime. So I developed the character of Bahadur as someone who helps create a citizens’ police force to fight the dacoits.”

Indrajal comics was a series launched in March 1964. The publishers decided to cancel the series in their 27th year of production. The last issue was #805, published on 16 April (my birthday!) 1990 (Vol 27 No 8: Dara: The Jaws of Treachery). How I wish we had a museum of comic characters,
so we could retrieve the sense of a childhood that many of us share!