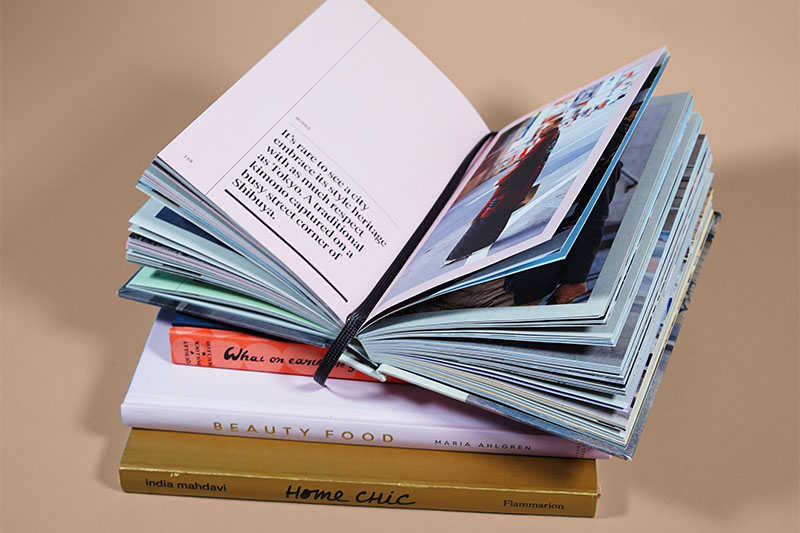 A book fanatic  needs to have the smallest book in the world: ‘The Lord’s Prayer’ in seven languages, produced by the Gutenberg Museum in  Mainz.” That was the farewell gift from my colleague Michael Depner after I took on a new role. Considered the smallest book in the world at the time of printing, the 5mm x 5 mm, 16-page book was produced as a fund-raiser for the reconstruction of museum.That gift was the trigger for me to understand more about the miniature book — its publishing history, and the fascination it evokes among book collectors. If you want to know more, a must-read is  Anne Bromer and Julian Edison’s Miniature Books: 4,000 years of tiny treasures. The first miniature book that I procured was a signed copy of the rare ‘At The Feet Of The Master’ by J Krishnamurthy. Another favourite was Tagore’s ‘Fireflies’.

Not bigger than three inches in length, breadth and width, miniature books are not just intricately designed but are also important artefacts in the development of books through history, reflecting some of the finest examples of various binding styles. High-quality editions include the 1896 leather-bound Galileo a Madama Cristina de Lorena, published by the Salmin Brothers in Padua. In “fly’s eye” 2.5 type, it reportedly took an entire month to print its 30 pages and is considered the smallest book to be set by hand.

Pushing the limits of what a miniature can be, Robert Chaplin, in 2007, printed ‘Teeny Ted from Turnip Town’ using an ion beam.  fits on the width of a human hair. The book’s size is 0.07 mm x 0.10 mm and is certified by Guinness World Records as the world’s smallest reproduction of a printed book.
Faith as a subject is the Goliath in the world of diminutive volumes. The sacred writings of the religions of the world, with an emphasis on Judeo-Christian scriptures, serve as content. Excerpts from the Old and New Testaments with special editions of the Psalter are popular texts. But there are Jewish, Muslim, Hindu, and Zoroastrian miniature books too, most of them brought out by the Bryce publishers. They issued a microminiature edition of the Gita in Sanskrit. Rarest of all Bryce religious miniatures is the Kordeh Avesta, the prayers and texts of Zoroastrianism, in Gujarati.


When Apollo 11 landed on the moon on July 20, 1969, crew member Edwin E. “Buzz” Aldrin had taken a miniature book along for the momentous event. It was the Autobiography of Robert Goddard, considered the father of modern rocketry.

Later, 300 copies of an approximately 1-inch x 1 inch Bible flew on board NASA’s February 1971 Apollo 14 mission. Each printed with the 1,245 pages of the Christian holy scriptures, they were not the space agency’s official cargo, though. Rather, they were carried by moonwalker Edgar Mitchell as a favour to a group of faithful NASA employees who prayed for the safety of the astronauts; 200 copies were kept aboard the orbiting Apollo 14 command module while the remaining 100 descended on the moon’s surface with Mitchell and mission commander Alan Shepard on board the lunar module. Collectively, the copies became known as the “First Lunar Bible.”

Miniature book collections have been owned by famous people such as Queen Mary of England and US President Franklin D Roosevelt, and displayed in institutions including The British Library, The Library of Congress, and the Harvard and Yale libraries. Clubs and societies such as the Miniature Book Society which began in 1983, hold annual conferences attended by enthusiasts from around the world, and bring out magazines devoted to this form, as well as newsletters that keep the community informed of this ‘small’ world.

There are some publishers that specialise in miniature books; Miniaturbuchverlag Leipzig (Miniature Book Publishing House) is one. Every book is manufactured and assembled in Germany and comes in its own custom-made, protective slip case. I got Lewis Carroll’s ‘Alice’s Adventures In Wonderland’.
One of the most interesting aspects of miniature collecting is shelving them – you can’t put them on your bookcase with the other books because they would disappear among larger spines. Thus, another tradition has been to own custom-made miniature bookshelves; there are shelf makers devoted to just this!

I learnt of an Indian collector of miniatures, Siddharth Mohanty in Bhubaneswar, who has over 4,000 miniature books in English and several Asian languages. The oldest in his collection is from the 16th century. He collects various miniature editions of the Gita.
Good things do come in small packages!