Books that capture joy of running 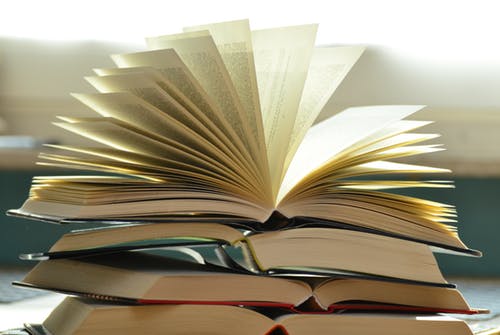 Once when I was setting up a meeting with the ultramarathon runner Dean Karnazes in San Francisco, he mentioned that he had decided to spend one month without using any form of transportation — car, bus, bicycle etc. So, wherever we had to meet, he would just run and come to me. It made me realise what Admiral Richard Byrd did when he was stranded alone for four-and-a-half months in the Antarctic. “It occurred to me then,” he said, “that half the confusion in the world comes from not knowing how little we need.”

Running is one of the best examples of how little we need to pursue a passion or a hobby. All you need is a pair of shoes (a barefoot runner would argue that you don’t need those either!) and the will power to just run – merely for the sheer joy of being with nature and yourself. Little wonder that running has been the subject of numerous books.

Christopher McDougall’s Born to Run, is considered “the preeminent running book of all  time”. Well-known for popularising the barefoot/minimalist movement, this bestseller explores the running habits and secrets of Mexico’s Tarahumara Indians, who can run hundreds of miles without resting or getting injured. This is a must read for everyone, runner or not.

Japanese writer Haruki Murakami started running at the age of 33 and has been running everyday for the last 37 years! Murakami found that he was sitting at his writing desk for far too long and started running to keep himself fit. Once it became a part of his regular routine (like sleeping and eating) he started participating in races. And since then he has completed more than 30 marathons and ultra marathons (in an ultra marathon you run a distance greater than a full marathon of 42.195 km). And of course, being a writer, it was perhaps inevitable that he would use this experience as the subject for a book — his best-selling memoir What I Talk About When I Talk About Running. The key insight he gained from running? “Imagine that every mile is a journey further into yourself.”

Once A Runner by John L Parker Jr. originally published in 1978 is considered a cult classic. The book delves into the life of a runner at a fictional college who is determined to break the four-minute-mile record even after being kicked off the track team for protesting against the Vietnam War.
Running the Rift by Naomi Benaron is a novel that won the Bellwether Prize for Socially Engaged Fiction. The young Rwandan runner John Patrick at the centre of this novel dreams of becoming an Olympian, even as he and his family becomes the target of unspeakable violence.

Leslie Scrivener recalls the extraordinary life of Terry Fox in the book titled, simply, Terry Fox. In 1980 the Canadian stirred hearts worldwide with his courage and determination when, as a 21-year-old amputee, he embarked on a cross-country trek through his country to raise awareness about cancer – specifically, osteosarcoma, the disease that claimed his leg. Starting in Newfoundland, Fox ran about a marathon a day for 143 days, logging 3,339 miles before his cancer returned and he was forced to drop out. Before he died in 1981, Fox became a national hero. The annual Terry Fox Run, first held in 1981, has grown to involve millions of participants in over 60 countries and is now the world’s largest one-day undraiser for cancer research; over C$750 million has been raised in his name, as of January 2018. Terry Fox has been a role model for many, including Major D P Singh, India’s first blade runner, the protagonist of my book GRIT: The Major Story.

One of my personal favourites among the books on running is Devoted, a moving account of the father-son pair of Dick and Rick Hoyt. Born with cerebral palsy, Rick was never able to run on his own but loved the sensation of racing with his dad, who pushed Rick’s road-fitted wheelchair. Together they have completed the Boston Marathon more than 30 times.

Incidentally, India has a unique place in marathon running for having both the youngest and the oldest marathon runners. The child prodigy Budhia Singh (born 2012) ran 48 marathons before he was five years old, and was listed as the world’s youngest marathon runner in the 2006 edition of the Limca Book of Records. On the other extreme, Fauja Singh (born 1911) holds the record for the world’s first 100-year-old person to successfully finish a marathon when he completed the Toronto Waterfront Marathon in a little over eight hours. Amongst the celebrities, Milind Soman is seen as India’s unofficial brand ambassador for running. He is known for running barefoot in a lot of events and famously completed the Iron Man Triathlon.

While I have completed a few half marathons myself, finishing a full marathon remains one of the items on my bucket list. I have been fortunate to have friends who are regular marathon runners and have been pushing me to go the whole distance. Dean Karnazes once offered to train me if I ran a full marathon. His advice: “Run with your heart and your body will follow. If the heart grows weary and uninspired, stop. If the heart remains impassioned and burning with desire, go.”