Exploring the genre of books on books 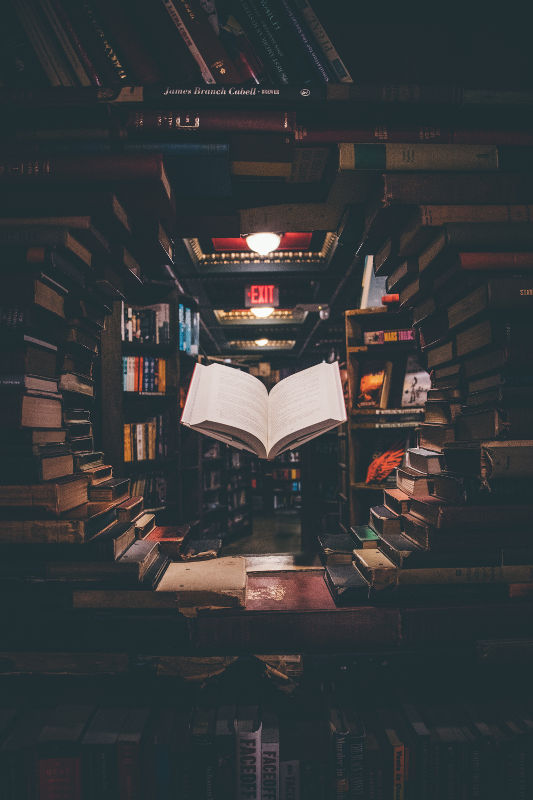 As a bibliophile and technologist, I have struggled with the duality of the physical and the digital book. When Ray Bradbury wrote Fahrenheit 451, his inspiration was the invasion of black-and-white televisions into people’s homes. The novel depicts a future American society where books are outlawed, and “firemen” burn any that are found. If Bradbury had written the book today, it would have been about the impact of social media on our lives. As the virtual world predominates, owning physical books becomes an act of rebellion. And books about books gain importance in this context.

Just a few years ago, you would have been overjoyed at spotting a book-about-books title in a bookshop; in a year you’d be lucky if three to five titles came out. Now, a couple of titles are published every month. But when did this genre originate, anyway? The 14th century! The pioneer was Bishop Richard De Burry, a cleric who wrote Philobiblon, a treatise on organising books, in Latin.

There are classics, too, in the genre, and luckily one can read or download them on the internet for free because their copyright has expired. One of the most widely admired classics is Charles Everitt’s Adventures of a Treasure Hunter, a rollicking tale of this author’s quest for  ‘Americana’: books and ephemera dealing with American history. Published around the mid 1950s, it tells of the real adventures of a man who searched high and low for Americana, which he then bought cheap and sold high.

Another classic is Andrew Lang’s The Library. It examines various aspects that a book lover would find useful, from how to organize your library to commentary on illustrated books. A string of earlier books about books – written as a series that gave impetus to the genre – were those of Thomas Dibdin, in particular Bibliomania, and a later title Reminiscences of a Literary Life where the author speaks of his great love for books.

John Hill Burton’s The Book Hunter is another much-discussed work in the genre. Also published in the 19th century, it’s a bit controversial because the author satirises collectors and their mania. Burton’s book is therefore not from a collector’s perspective but from the opposite side – that of the practical reader. There are numerous other titles from the 19th and early 20th centuries that today’s book lovers may not have heard of, and if you keep an eye out for them on Google books, most of them turn up in free e-book formats.

Turning now to the other end of the spectrum – the absolutely new or new-ish titles – it would be wise to begin with Alberto Manguel’s Packing my Library, where this literary critic shares his experience of packing his 35,000 books to move them to a new home. In the process, Manguel seizes the opportunity to comment on some of the books in his possession.

The Library: A Catalogue of Wonders by Stuart Kells has already garnered rave reviews. Kells burrows into the history of this greatest of cultural institutions: The library! He remarks that in order to research this book, he and his family toured libraries around the world.

Nick Basbanes is one of the most well-known scholars who writes about books and book culture. In many ways his book A Gentle Madness gave me permission to follow my passion to collect books and study about them. After reading all the crazy stories of book collectors (including the book thief Stephen Blumberg) I realized I was not the only one obsessed with getting my hands on every book worth collecting. However, my initial interest in books on books was fueled by my friend Pradeep Sebastian, one of the finest scholars India has produced. My introduction to him happened when I hosted him for a talk on his book The Groaning Shelf, a collection of his bibliophile essays. His most recent work The Book Hunters Of Katpadi is India’s first ever biblio-mystery, that delves deep into the world of antiquarian book-collecting.

Finally, I have to mention The Most Dangerous Book by Kevin Birmingham, an account of the publishing history of James Joyce’s Ulysses. I am guilty of never having finished reading Ulysses, considered one of the most important novels in the English language. So I decided to read its biography instead!

One of the high points in my bookish journey is a lunch meeting I had with Nick Basbanes. Of the numerous things we discussed, I asked him about the 800+ inscribed books he had collected over years of interviewing authors and how they are now preserved in the Texas A&M institute, carefully documented and catalogued to be used as research material by students. “As a lover of books”, Nick said to me, “Giving away my lifelong collection for the larger good is the ultimate high.”