6 Ways To Successfully Transform Your Business 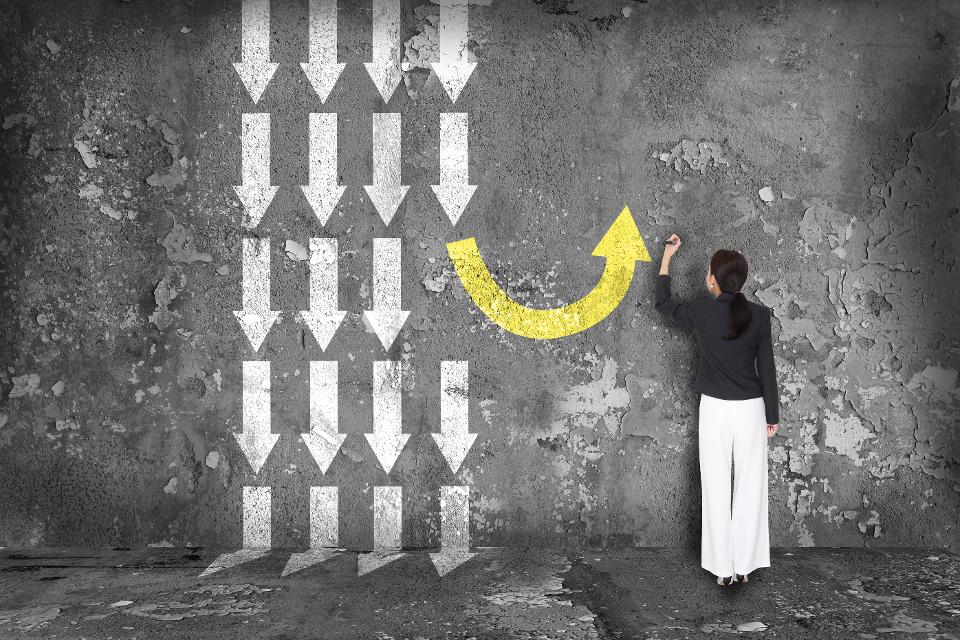 The word ‘transformation’ is a widely used but misused term in the corporate world. Everyone wants to ‘transform’ their organization without understanding how and without the tools to do it. Therefore it is no surprise that most transformations fail.

In a recent study done by SAP Center for Business Insight, conducted in collaboration with Oxford Economics, less than 30% of the companies (of the 3,100 that were surveyed) have managed to go beyond an incremental change.

The literal meaning of ‘transformation’ according to the Collins English Dictionary is a complete change in the appearance or character of something or someone, especially so that that thing or person is improved. The key words here are ‘complete change’ and ‘improved’.

In an organizational context, it refers to a process of profound and radical change that orients an organization in a new direction and takes it to an entirely different level of effectiveness. Unlike ‘turnaround’, which implies incremental progress on the same plane, transformation implies a basic change of character with little or no resemblance to the earlier configuration or structure.

One of the best examples of successful transformation is the Summer Olympics of 1996 when Great Britain (GB) managed just one gold medal (won by Steve Redgrave and Matthew Pinsent) and finished 36th in the medal tally behind the likes of Ireland, New Zealand, Bulgaria and Cuba.

At the Rio Games in 2016, however, Team GB won 67 medals, 27 of them gold, and became the first country to ever improve on its medal tally after hosting the Games.

How did GB transform itself from a nation of also-rans in 1996 into a sporting superpower just 20 years later?

Firstly, there was funding from the National Lottery, the bedrock on which Team GB’s success was built. The advent of the National Lottery in 1994, and the decision of John Major’s struggling government to allocate significant streams of its revenue to the Olympics, set in motion a funding spree unprecedented in British sport.

The investment in full-time coaching and an array of support staff pushed up standards in every area. In addition, a disproportionate focus on sports such as cycling, sailing and rowing, where they have the highest chance of winning a medal, ensured that the right sports were chosen for investment.

However, it is important to remember that every transformation comes with its share of unintended consequences. In the case of GB, many sports like basketball got no funding since they had very little chance of winning an Olympic medal.

Coming back to the corporate world, I have been fortunate to be part of both organizational turnarounds and transformations. Here are the key learnings and insights from my journey.

All transformations go through 3 stages — Stabilize, Switch and Scale

The most important idea is that no transformation can start without getting to a stable state. You cannot fight multiple escalations and think through a radical change. Once you have attained stability, identify a radical idea or a business model. That’s the innovation part, probably the hardest. Making a switch to a new state requires a new mindset and different leadership style. Once you have made a successful switch, you need to scale the idea across the entire organization for large-scale impact.

Start at the edge and move the core to the edge

John Hagel from Deloitte is the proponent of the idea that successful transformations start at the edge. Starting at the core creates too much resistance. Hence it is always better to start in an experimental mode at the edge. Once the new idea has proven successful, scale it in such a way that the core moves to the edge.

Transformations are complex and time-consuming. It is a marathon and not a sprint. Also, it’s going to be messy! The time taken for a successful transformation depends on many factors. If the team is diverse and distributed, and decentralized as well, there is bound to be delay. If you want the transformation to be faster, you must reduce the variables, reduce distribution.

The organization must invest heavily in up-skilling the entire organization. Refreshing the mindset often is the key. Transformations are always works in progress. So, a culture of learning is vital.

In the early stages of transformation, it is better to avoid the spotlight. It is important to test different models and pilot them. Sometimes, being in the spotlight early on creates a pressure to produce results quickly. An incomplete idea or product taken too early to the market risks failure.

Transformations are hard. It requires no extra effort to settle for the same old thing. Auto-pilot keeps us locked into past patterns. But transforming your organization? That requires courage, commitment, and effort.

It’s tempting to stay camped in the zone of That’s-Just-How-It-Is. But to get to a fundamentally new and better state, you must be willing to become an explorer and adventurer. That’s the only way to successful transformations!