From Digital Government To Intelligent Government 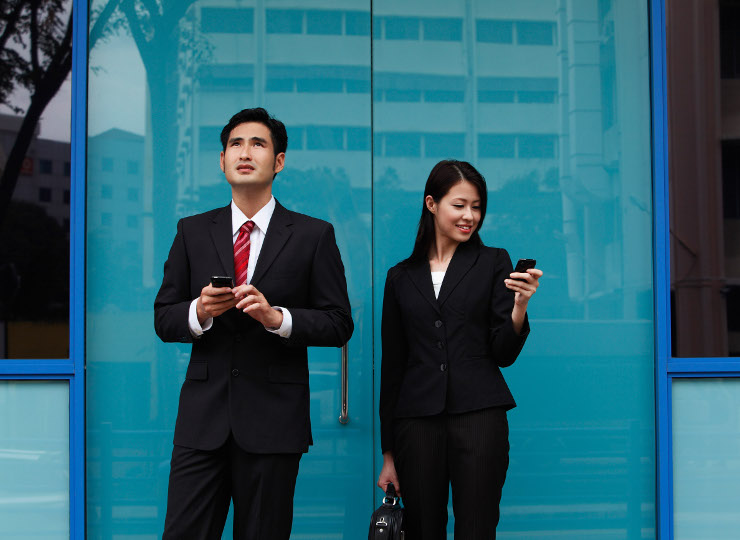 What do South Korea, Israel, Singapore, Dubai, and Estonia have in common? These countries’ governments are global leaders in digital transformation, the process of converting records and processes to digital form in order to decrease costs and improve the interaction experience of their constituents. Today, larger governments are studying smaller governments as models for innovation and emulating many of their methodologies in the process.

Governments are also asking, “What’s next, beyond digital transformation?” In particular, they are asking how to compound their digital transformations to include intelligent technologies as well. In the private sector, artificial intelligence (AI), machine learning (ML), natural language processing (NLP), and related technologies are driving down costs and improving customer experience. Can governments use these same technologies for their respective challenges in an environment of complexity and change? Can they build a comprehensive roadmap that includes transformation to both digital as well as intelligent systems?

Simply transferring best practices from the private sector to governments is not sufficient. The challenges that governments face are unique: political uncertainties at home and macro threats like climate change and job displacement, demographic shifts, massive new complexity introduced by the globalization of commerce, and much more. For this reason, governments must adapt private-sector solutions to meet their unique requirements.

What is unique about the government space? Part of the answer comes from studying the smaller governments above. They have succeeded because they have embraced a deep transformation; not just of technology, but also a transformation of their organizations, culture, and systems. Simply implementing technology on its own rarely succeeds.

This article explores best practices applicable to all governments as they build comprehensive plans for digital and intelligent transformation.

From e-government to intelligent government

“E-government” transformation initiatives are happening worldwide. Trillions of dollars and millions of hours have been spent to fix government data collection systems, move to electronic forms, and establish Internet portals that are available 24/7.

But these efforts are not enough, as citizens continue to demand new and improved digital services that mimic their experiences in the private sector. An Accenture survey found, for example, that just 27% of U.S. citizens were satisfied with the level and quality of digital services provided by their state governments. A similar survey was conducted by the Australian government’s Digital Transformation Office (DTO). It found that, although 66% of individual citizens and 75% of small businesses support the idea of a digital model for government interaction, they are disappointed with the current lack of mature government services compared to their experience using apps and cloud services created in the private sector.

A number of countries have experimented with intelligent technologies that go beyond simple digitalization. Typical application areas include intelligent systems that:

For instance, the North Carolina state government and the government of Singapore have both deployed chatbots that can answer common questions, such as queries about online service functions.

In Mexico, the federal government is using algorithms to classify citizen requests and petitions and deliver them to the appropriate agency or department for action.

Natural language generation (NLG) technology, first adopted by news organizations to automate some aspects of news writing, can also be used by government agencies to search through masses of data, including text, audio, and video, and use the results to draft comprehensive responses to citizen inquiries. The Japanese Ministry for Economy, Trade, and Industry (MITI) in 2016 launched a test using AI to help ministry staff draft answers to questions from Parliament. If the trial proves successful, the government plans to expand the use of AI to other parts of government.

A shift in mindset from technology-first to citizen-first

While these are admirable outcomes and highlight how advanced technology helps enable transformation, improve service, and augment security, the key to their success has been not to start with technology, but to begin with the end users (citizens) and the existing systems that are not meeting their needs.

Policy governance incorporates that information into the expectations that governments have for agencies and, in turn, that agencies have for their workers. It is the source of performance metrics and establishes accountability for each step of a citizen’s interactions with every agency they rely on for services.

For example, Fariz T. Jafarov, director of the e-government development center of the Azerbaijan State Agency for Public Services and Social Innovation, explained that his government focused first on processes, developing a new model of proactive service development based on citizen input. The government then incorporated the resulting goals into both its policy and organizational governance practices.

To ensure accountability for meeting citizen expectations, Azerbaijan established a consistent set of performance criteria and a common star-rating system consistent across all agencies that provide citizen services. The rating system measures responsiveness; the effectiveness of access channels; time required to complete citizen requests; “e-levels,” or the degree of automation; staff training levels; and the mechanisms used to measure customer satisfaction. This kind of feedback system is essential for effective customer service for any organization, public or private, today.

On the operational end, the government formulated a single set of standards for establishing information systems and designed a public data catalog that identifies what information is to be collected and specifies which ministry or department collects and maintains each dataset. Data is maintained in standard repositories to ensure consistency and interoperability of the resulting government information system. Citizens have a secure online identity that removes barriers that previously existed between various agency silos. Visas, licenses, permits, and many other services are accessible at a network of mall-like service locations and mobile units across the country. After getting an initial phase running, the government is now expanding it to offer similar services to enterprises and other organizations.

By streamlining data collection and access, the agency claims to have reduced the time required to obtain an Azerbaijani visa from three days to just minutes, with the entire process happening online. It also provides all required information to foreign embassies and consulates for Azerbaijanis seeking a foreign visa, manages the process, and delivers an updated passport to the citizen.

How can larger governments learn from these pioneering governments and scale to fit their needs? The degree of standardization and centralization common to pioneering e-government efforts and the relatively small size of the governments that have implemented them make it difficult to extrapolate their experiences to the scale of larger, developed economies. Azerbaijan has just 9.9 million citizens and has needed to process just half a million visas since implementing its new service model. This is tiny – and perhaps even qualitatively simpler – than transforming a larger government.

Another example: Singapore’s population of approximately 6 million includes less than 4 million citizens; Estonia counts fewer than 1.5 million residents. In comparison, the UK public sector alone employs almost 6 million workers. And as of the 2015 census, there were 10 U.S. states with populations exceeding 10 million. So, what is a larger country to do?

As demonstrated by the startling data on failure rates for the digital transformation efforts of large governments, technology alone cannot solve the challenge of rapidly improving citizen satisfaction with services.

Looking at the five e-government pioneer countries listed earlier, it turns out they have a number of elements in common:

These factors all lead to overcoming a common challenge faced by governments: entropy. For many, systems are developed without close coordination, wheels are reinvented, decisions are made that are not aligned and end up working at cross-purposes. A galvanizing catalyst, such as the threat of foreign incursion into Estonia, has a focusing effect. And well-connected, smart government employees can turn this vulnerability into successful government transformation.

With these factors in place, the ability to work strategically becomes possible: to optimize not just within systems, but by making investments in multi-system integration and in the retraining and process engineering necessary to be successful.

The bottom line: technology transformation requires not just a shift to technology but also in strategic rethinking – that is, a change in mindset that crosses people, decisions, and processes (as noted above) as well as technology. More than intelligent technology, an intelligent culture is essential.

One benefit of a strategic approach to e-government, and ultimately intelligent-government transformation, is to understand the necessity of working in coordinated platform layers. A cross-government platform for consistent information, on top of which digital services are built, is a compelling target for commercial companies. And this same platform can be the basis for providing data for many new use cases, including AI applications that minimize the time required to manage and access data.

Indeed, designing government systems integration in terms of layers is core to the ability to maintain them over the long run while keeping costs and risks under control. Common to many small-country transformations is a smart multi-system architect, who understands how to refactor systems into multiple tiers of applications build on an OS/hardware base. It is essential to know how to design back-end database systems that support middle-tier applications and front-end client applications in a way that is standardized, federated, and flexible and secure enough for maximum component reuse.

In the end, intelligent systems must reflect the needs of their citizens. Only after these needs are understood can governments meet their needs, maintain quality of service, and identify where they can achieve the best social and economic return on technology investments.

Learn more about e-government on the local level in How Future Cities Can Engage Citizens.