Books In Films: From Mere Objects To Symbolic Beings 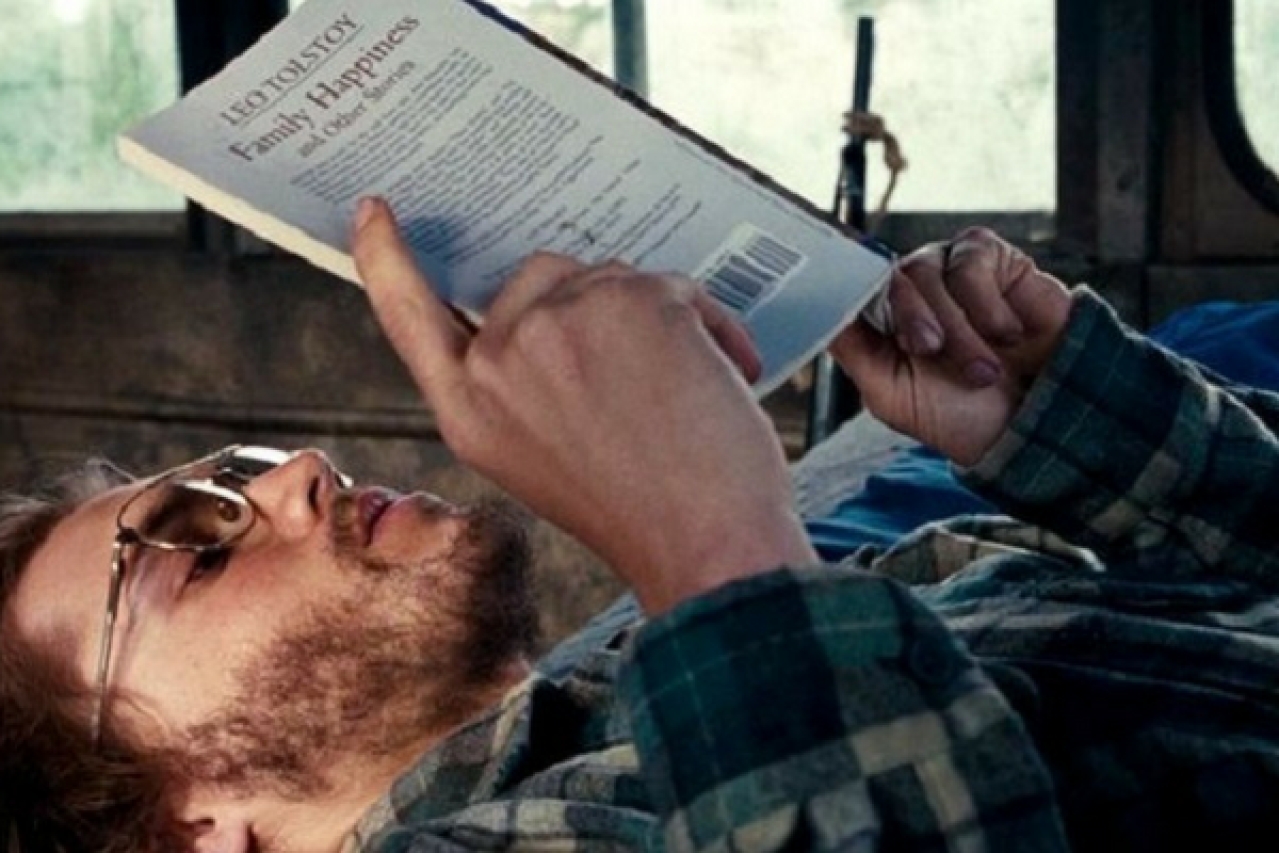 One of my personal high points in the journey of co-authoring the book Gifted has been when a friend very excitedly messaged me saying, “I saw your book Gifted in the Tamil movie Taramani!” He then sent me a screenshot of that scene. It is ironical that while we all crave for some level of acceptance of our written work, the recognition that matters more than book sales or awards is its appearance (whether accidental or intentional) in a movie scene. And the icing on the cake is when someone notices this placement.

This writer’s book Gifted, featured in the top left area of the picture.

When a book lover suddenly catches a glimpse of a book in a movie scene, however fleetingly, there is a reason they feel elated. They recognise it as something close to them, an intimate object from a more private world, making the experience of watching this movie more personal. The reader in all of us thrills at the sight of bookshelves, bookshops, and book-related objects in movies. European, American, and Japanese films are full of such scenes while our Hindi-language films have only a smattering of such delicious literary sensibilities. I still remember the unexpected joy of once catching, by pure chance, a rerun of a Satyajit Ray short story on TV (made into a series by Doordarshan, directed by Ray’s son, Sandip Ray) whose plot involved a book.

In mainstream Indian movies, scenes of a bookish nature are purely utilitarian, to move the story forward, not to celebrate the glories of reading or the pleasure of holding a book. Malayalam and Bengali films are the exception, where either a book of poetry or Marxist literature makes frequent appearances. A common plot element is two characters in a bookshop accidentally bumping into each other for the first time while looking for, unfortunately, not a book but a greeting card! It most likely ends up being a corny Archies or Hallmark card.

Occasionally, there is a surprise or two, as in the Tamil remake of Stephen King’s Misery, titled Julie Ganapati. At one point in the movie, a character is actually reading the book Misery! A neat in-joke! Who could have guessed? A wonderful opportunity to stage an in-joke homage in Baazigar was lost because the folks who made it (copying a flop Hollywood adaptation) did not realise it was based on a classic suspense thriller called A Kiss Before Dying. If they had, we may perhaps have been treated to Shah Rukh Khan himself reading the book.

This kind of an in-joke reference turns up in the Hindi film Johnny Gaddaar, which is based on a James Hadley Chase novel, and then you see one of the characters reading a Chase book. In the same film, one of the characters is seen reading Narayan’s The Guide. More English novels keep turning up in Bollywood movies. In Rang De Basanti, it is the Mumbai thriller Shantaram. Perhaps more surprising is Paul Auster’s New York Trilogy turning up in Zindagi Na Milegi Dobara. It’s unusual to see a postmodern thriller like this casually turn up in a mainstream film. More common to see is the book that Kajol is seen with in Dilwale Dulhania Le Jayenge – The Scarlett Temptress, a pulpy romance.

When characters in movies are meant to sound a little pretentious, they are often seen carrying books of Ayn Rand or Paul Coelho. In order to strike a philosophical pose, out comes Atlas Shrugged or The Alchemist. Also noticeable is the frequent name-dropping, usually of Richard Bach, Eric Segal, Sidney Sheldon, Robert Ludlum, and, more recently, J K Rowling and J R R Tolkien. Some trending bestsellers like Fifty Shades of Grey, the Twilight series, and The Da Vinci Code find frequent references. And I lie in wait for an Indian movie to satisfy the Indian book enthusiast.

In Hollywood, one of the books that is glimpsed time and again is Gone With The Wind. It is often seen held in people’s hands, kept in libraries, living rooms, tables, and occasionally also making a cameo appearance, almost like a real character! Cult books like 1984, Clockwork Orange, The Great Gatsby, 2001: A Space Odyssey, The Stranger, The Second Sex appear frequently. In British movies, it is usually P G Wodehouse, a mystery by P D James, and, of course, Agatha Christie.

Another in-joke trend in Hollywood is the author of a book on which the movie is based making an appearance as an obscure extra in the background of a scene! Stephen King turns up in several of his movies, most memorably in Pet Sematary. Other such appearances include Stephenie Meyer in Twilight, Peter Benchley in Jaws, William Peter Blatty in The Exorcist, John Le Carre in the recent remake of Tinker Tailor Soldier Spy, Kurt Vonnegut in Mother Night, Jacqueline Susann in The Valley of the Dolls, Amy Tan in the Joy Luck Club, and Irvine Welsh in Trainspotting.

Book lovers who also happen to be trivia buffs or quizzers at heart can’t resist listing the sighting of great or cult books in movies. Top on the list will be the fictional biography Hitchcock played by Anthony Hopkins, who is seen reading Robert Block’s Psycho (Hitchcock was just doing homework!). Up next is A Brief History of Time turning up in Donnie Darko, a dark movie about time warps. In Ten Things I Hate About You, the heroine thrusts The Feminine Mystique at the hero. A nice Hollywood in-joke is when you see Nicholas Cage reading The Orchid Thief in Adaptations, a movie about adapting The Orchid Thief into a movie! In Invasion of the Body Snatchers, a science-fiction nut is seen intensely reading the classic alien story, Worlds in Collision. In the Book of Eli, Dan Brown’s runaway bestseller turns up briefly in a scene. In the movie version of The Book Thief, the heroine reads The Invisible Man. And quite appropriately, the brave hero of Into the Wild is seen reading Jack London’s Call of the Wild.

One movie where book lovers can feast their eyes on books, where books are the stars of the film, is Fahrenheit 451, the adaptation of the cult novel by Ray Bradbury. Books become forbidden objects in this futuristic world society, and so they are secretly sought after. Readers form an underground movement of protectors of the book. Once a person has had a slight taste of a book, of having read a few pages, like the hero who stumbles on a Charles Dickens novel, he becomes addicted. The grand ending is the best epitaph books could ever have in a movie – these secret readers have all run away to an island and formed a society of readers. Their one goal and mission is to memorise by heart at least one book, so that the book remains preserved in their memory, in the eventuality that the government finds them and destroys all the books on the island. We hear each reader going about their daily task of loudly murmuring the portions they have learnt by rote. Books in their blood!

One of my favourite movies that is also a great book is Into the Wild, written by Jon Krakauer and directed by Sean Penn. The book/movie is based on the travels of Christopher McCandless across North Americaand his experiences in the Alaskan wilderness in the early 1990s. The main protagonist, played by Emile Hirsch, keeps reading a book at different times and the viewer can spot him reading Family Happiness by Leo Tolstoy, The Call of the Wild by Jack London, Doctor Zhivago by Boris Pasternak, and Tanaina Plantlore, Dena’ina Ket’una by Priscilla Russell Kari.

McCandless found company in the books he loved and he could summon their words on any occasion.

As Jon Krakauer writes, “When McCandless headed into the Alaskan bush …he had a fake-fur parka, a rifle slung over one shoulder, a ten-pound bag of long-grained rice, two sandwiches and a bag of corn chips…the heaviest item…was his library.”