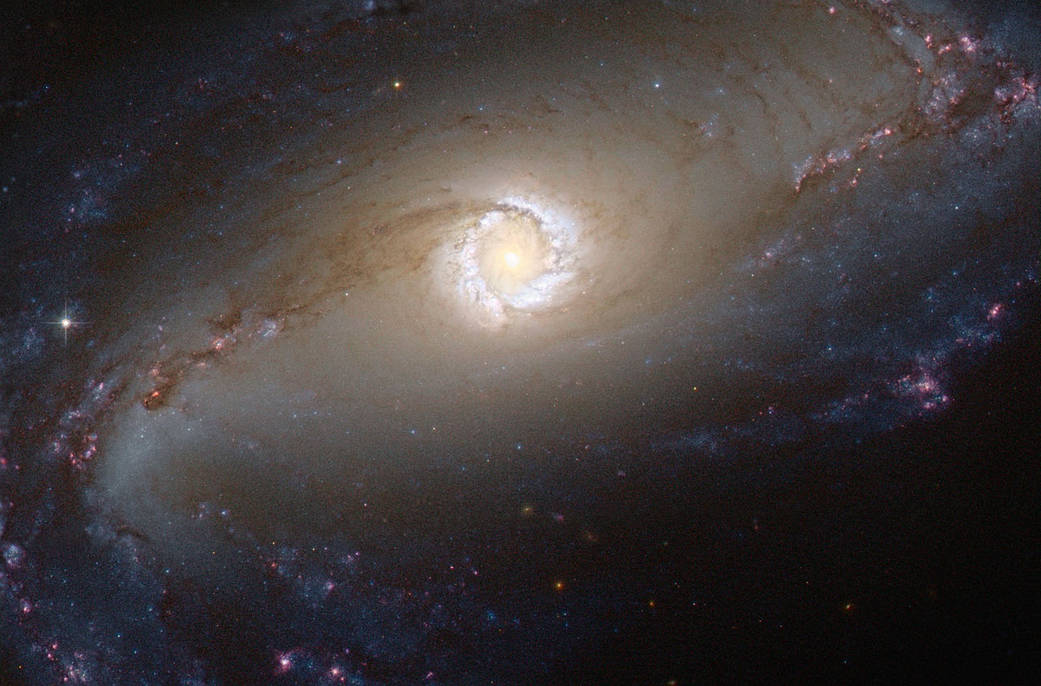 “The most beautiful and profound emotion we can experience is the sensation of the mystical. It is the sower of all true science.”

Captain Edgar Mitchell was not the first man to land on the moon, not even the second. On 5 February 1971, Mitchell was the sixth to hold that honour. But unlike other astronauts, he had a profound experience upon his return to earth, one that would shape the rest of his life and of many others.

From the outside, Mitchell’s experience was a simple one: he watched the earth rise over the moon’s horizon. That single vision of the planet drove a moment of “satori”, or sudden enlightenment. Mitchell reported a direct experience of the interconnectedness of all things: of the link between science and spirituality, a feeling of direct knowing of a deeper reality.

Two years later, Mitchell founded the Institute of Noetic Sciences (IONS), whose mission was the scientific study of human consciousness, along with its ultimate potential and capacity. The Greek word “noetic” means inner wisdom, direct knowledge, or subjective understanding. (Many of Mitchell’s experiences are shared in his book The Way of the Explorer.)

Fast forward a few decades, and I am driving through the rain north of San Francisco to the 200-acre hilltop IONS campus in Marin County, California. What I was about to learn would feel right at home for the Eastern spirit in me, yet would feed my curiosity about how some people are using scientific methods to study it.

Driving through the campus felt surreal. A vast green space, IONS includes a community building, a retreat centre, few cars and fewer office buildings. The IONS campus houses the world’s largest study of Noetic Science, and was also once the home to the indigenous Miwok tribe, who are said to have lived on the land in peace and ecological harmony. The Star Wars Ewoks are said to have been named after this tribe.

Why is it that something that is felt by almost every human — intuitively and non-rationally — is not studied scientifically? Why is the study of human consciousness considered taboo? Why are some of the most renowned scientists (physicists particularly) in the world, not open to accepting the reality of the existence of the unknown, of the psychic powers present in the universe?

My upbringing in India has given me a different perspective on Western science. In India, the existence of the supernatural is widely accepted, though rarely studied in the mainstream. And so I am naturally led to these questions.

Can the study of Noetic science help us to understand what it means — or could mean — to be human? At the core of the Noetic investigation are four basic assumptions: (1) reality is more than physical; (2) everything and everyone is connected; (3) our individual and collective capacities are virtually limitless; and (4) we participate daily in our own evolution, individually and collectively.

Dean Radin — short, bald and bespectacled, with a cap and moustache, speaking in a low tone, is a brilliant and curious man. He is the chief scientist at IONS. Born on leap day, 29 February, Radin tells me he is looking forward to his 21st birthday in 2036, when he will be finally old enough to buy a beer.

Radin’s office is chock-full of toys, from a small Einstein action figure to a black rectangular monolith, like the one in the film 2001: A Space Odyssey.

He takes me on a tour of his 2,800-pound, solid-steel, double-walled, electromagnetically-shielded chamber for studies that require energetic or sensory isolation. It blocks the modern buzz of the electronic world: once the chamber door is closed, radio, wifi, bluetooth and cellphone signals are blocked.

Radin tells me that some five-star hotels are considering building similar electromagnetically-shielded spaces. Imagine a world where people pay to exclude the constant noise of the electronic world, the same way we pay for an oasis with a quiet beach and ocean.

The lab also has various tools that perform the famous double-slit experiments. This experiment, first performed by Thomas Young in 1801, was designed to study the wave-like nature of light. Later, physicists discovered that light can also behave like a particle. The double-slit system remains one of the easiest ways to demonstrate that depending on how you look at light, it can behave either like a wave or a particle. This “observer effect” suggests that there’s something about the physical world that knows that you are observing it.

This experiment is said to demonstrate how consciousness and the physical world are deeply connected. Says Radin, “It’s as though the microscopic world has a sense of being stared at, reminiscent of the prickly feeling that some people report when someone is staring at them a little too intensely. The double-slit studies suggest that some aspect of consciousness may play a key role in the manifestation of the physical world, as most of the world’s esoteric and mystical traditions, as well as a good portion of Eastern philosophy, have long maintained”.

IONS’ thought leadership is reflected in a number of books. One is Dan Brown’s The Lost Symbol, which included many Noetic references; another, Michael A Singer’s The Untethered Soul, was a New York Times bestseller.

Radin’s newest book, out in April, is called Real Magic. In it, he explains that the future of science will include consciousness as a key component. We know that ancient ideas about alchemy evolved into today’s chemistry, astrology became astronomy, and herbalism became the pharmaceutical world. But the same scholars in the Middle Ages who were transforming those aspects of “natural magic” into today’s science were also interested in a fourth element, one that science today is only recently rediscovering — consciousness.

The earliest scientists knew that the consciousness and intention of the practitioner was an extremely important component in how alchemy, astrology and herbalism worked. But that factor was stripped out when these ancient practices turned into modern Western science. Fortunately, the fourth element of consciousness is slowly being introduced back into science, and this will open whole new vistas in our understanding of life, ourselves and the universe.

While magic is considered mere superstition in most universities today, when this ancient topic is carefully viewed through the lens of science and reconsidered as a way to think about the role of consciousness in the physical world, a surprising number of prominent scientists are beginning to see the connection. Real Magic has already been endorsed by a Nobel Laureate physicist, a president of the American Statistical Association, a former programme director at the National Science Foundation, a recipient of a National Academic of Sciences astrophysics medal, and many university professors in fields ranging from physics to neuroscience to psychology.

As I readied to leave, Radin left me with the thought that IONS is not seeking to prove anything about the importance of consciousness. “Rather,” he said, “the only topics where we can talk about proof are logic, mathematics, and alcohol. And alcohol proof is simply twice the percentage of alcohol by volume. When it comes to science, what we can do is test hypotheses about the nature of consciousness, and then we can test those ideas in the laboratory to gain better and better confidence in the resulting evidence. The evidence we have today is already extremely persuasive. But we’re just beginning to understand the landscape that we’ve been exploring, and we already know that we’ve just scratched the surface.”

As I drove home, I reflected on recent scientific history. It seems to me that the pace of the arrival of the great breakthroughs has slowed down. 1870: Maxwell equations; 1905: special relativity; 1920; general relativity; 1934: non-relativistic quantum mechanics. Back in the day, a breakthrough in physics happened every 10 or 15 years. Today, the pace seems to have slowed. Why? Is there something about today’s mainstream scientific practice that has become conservative, which, in a way, retards exploration? Maybe grant funding “at the edge” has been eclipsed by the cost of particle accelerators. Is it politically dangerous to take the Noetic sciences seriously, even when they are rigorously explored? And how can we help to push along the paradigm shifts that might be required for the next breakthrough?

As the character Ian Malcolm in Michael Crichton’s The Lost World says, “absence of proof is not the proof of its absence”. I would rather keep an open mind about something I don’t know and observe it with the same lens as more “mainstream” topics. The road not taken may well lead to consciousness becoming the future of science.