The Multi-Sensory Consciousness Of Gary Zukav 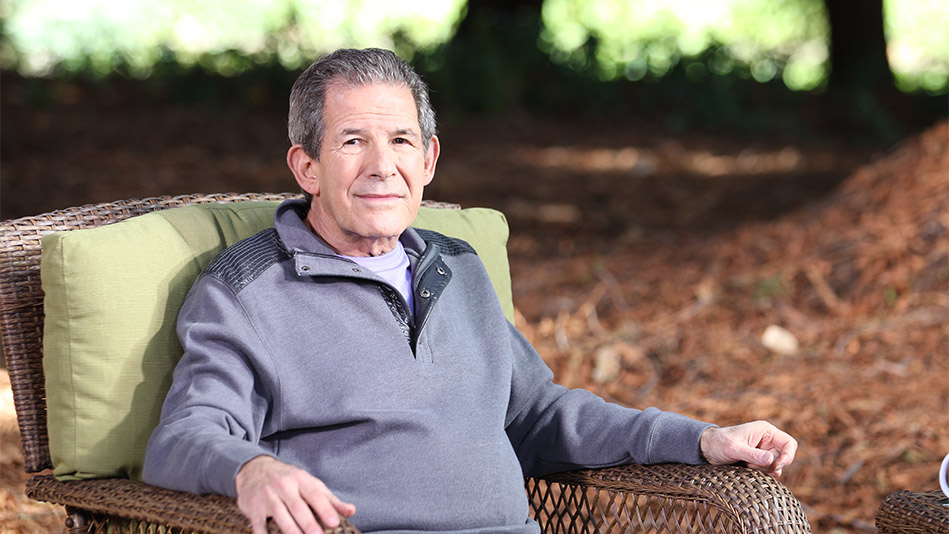 When I started working, in Chennai, my desire to buy books was largely fulfilled by picking up pirated versions from the pavements of Mount Road. Early on, I realised that while the act was illegal and not to be spoken about publicly, it clearly had an advantage. These pirated editions were among the “best of the best” of every topic. I remember an author friend of mine once mentioning that the highest testimony to a book’s success in the marketplace is when it is pirated and sold on pavements. It would have then made it to the unofficial bestseller list!

Apart from costing only 30 per cent of the price of the original paperback, these books were printed on paper of questionable quality, with typos, printing errors and at times even with a whole chapter missing! The Hindi movie Shor in the City managed to get behind the scenes of the pirated book business beautifully.

One of the books that I was introduced to back then in its pirated version was The Dancing Wu Li Masters. A cult book about quantum physics and consciousness, I read it many times but never fully understood it. Nor did I ever imagine that one day the book’s author, the legendary Gary Zukav, would become a dear friend and that he would invite me to be a part of his Board of Advisors at the Seat of the Soul Institute.

Gary is a man of few words, a brilliant listener, and has the ability to read your mind even across a phone call. During one of our conversations, he asked me if I was under stress, this despite my efforts to not give him that impression. He was right!

Here is a man who has been on the Oprah Winfrey show more than 30 times (according to Wikipedia), but would never call her for a favour, because he just cannot. I have never seen him namedrop Oprah a single time. On the contrary, there is the famous moment when Oprah first called him and Gary asked “Oprah Who?” Yes, Gary was probably the only person in the United States who had never heard of Oprah Winfrey!

The Dancing Wu Li Masters was his first book (published in 1979) and while he was confident of its success, the publishers were not. There were several rejections and most of the notes from the editors had the same thing to say — there are no categories for it in bookstores! But after it was published, The New York Times dedicated almost a full page to a rave review of the book.

Calling Wu Li Masters “the most exciting intellectual adventure I’ve been on since reading Robert Pirsig’s Zen and the Art of Motorcycle Maintenance”, the reviewer wrote: “I don’t care how dumb you are at science; you’ll come away from this book feeling like a Wu Li Master yourself. And even if the feeling is mere intoxication, you’ll be better off for it.”

“Wu Li” is one Chinese translation for “physics”, but it also means, depending upon how it is pronounced, “patterns of organic energy”, “my way”, “nonsense”, “I clutch my ideas”, and “enlightenment”. Explains Gary: “The Wu Li Master dances with his student. The Wu Li Master does not teach, but the student learns. The Wu Li Master always begins at the center, the heart of the matter…”

He writes: “The fact is that physics is not mathematics. Physics, in essence, is simple wonder at the way things are and a divine (some call it compulsive) interest in how that is so. Mathematics Is the tool of physics. Stripped of mathematics, physics becomes pure enchantment.”

Wu Li Masters went on to win the American National Book Award for Science, and the rest, as they say, is history.

When Gary explains complex quantum mechanics, various theories and experiments, it is hard to believe that he has no formal educational background in physics.

His core idea is that human beings are becoming multi-sensory and that we are acquiring perception beyond the five senses. He believes that today an unprecedented transformation of human consciousness is occurring. It is not a matter of overcoming negativity around us, but looking at the origin of our negativities and then using our knowledge to grow spiritually, which means creating authentic power.

Gary confesses to have been a sex addict for half his life. He rode motorcycles, used drugs, and had sex with many women. Healing his addiction was a long and painful process. But at one point, he realised that he was no more important to the women who were drawn to him than they were to him. He says that the healing of any addiction is a spiritual accomplishment. The intention of love is very important in creating authentic power. The universe does not judge. It sees causes and effects. An intention is a quality of consciousness that infuses a deed or word. Your intention is the cause that creates consequences when you act or speak, not what you do or say. When you create with an intention of fear — for example, anger, jealously, resentment, superiority and entitlement or inferiority and need to please, you create painful and destructive consequences. And when you act with an intention of love — for example, gratitude, appreciation, patience, or contentment, you create healthy and constructive consequences.

What gets Gary excited is physics. He can speak at length about Thomas Young’s double-slit experiment, how ingenious it was, eventually demonstrating the wave-particle duality of quantum mechanics. And how, along with Einstein’s photon experiment, it led some founders of quantum mechanics to realise that scientists could never reveal Nature “the way it really is”. He enjoys sharing that quantum physics does not predict individual results but probabilities of events, and this is why Einstein never accepted it.

Gary says that children suffering from cancer or dying young are tragedies from the perspective of five-sensory perception, but experiences like these are opportunities to grow spiritually from a multi-sensory perspective. They are opportunities to find and challenge the frightened parts of your personality that separate you from others with judgments and walls of expectations.

Gary’s next book should be out in a couple of years. With his previous books having sold more than six million copies in 24 languages, the release of the new one is going to be a significant event. That it’s going to be yet another bestseller is also obvious.

At my first meeting with Gary, when I told him that his books were popular in India, he could not believe it. He said, “I have never received any royalty from India.” I wasn’t surprised (He wasn’t worried about this, because he likes his books being read by many people). When I gifted a signed copy of The Dancing Wu Li Masters to my bookseller friend Krishna, who had started his bookselling career on the pavement of MG Road in Bengaluru, his response was, “Sir, this is the holy book for all booksellers.” I could visualise him bowing in reverence to the book, as I do myself, each time I meet Gary.