The long journey of finding ability in disability 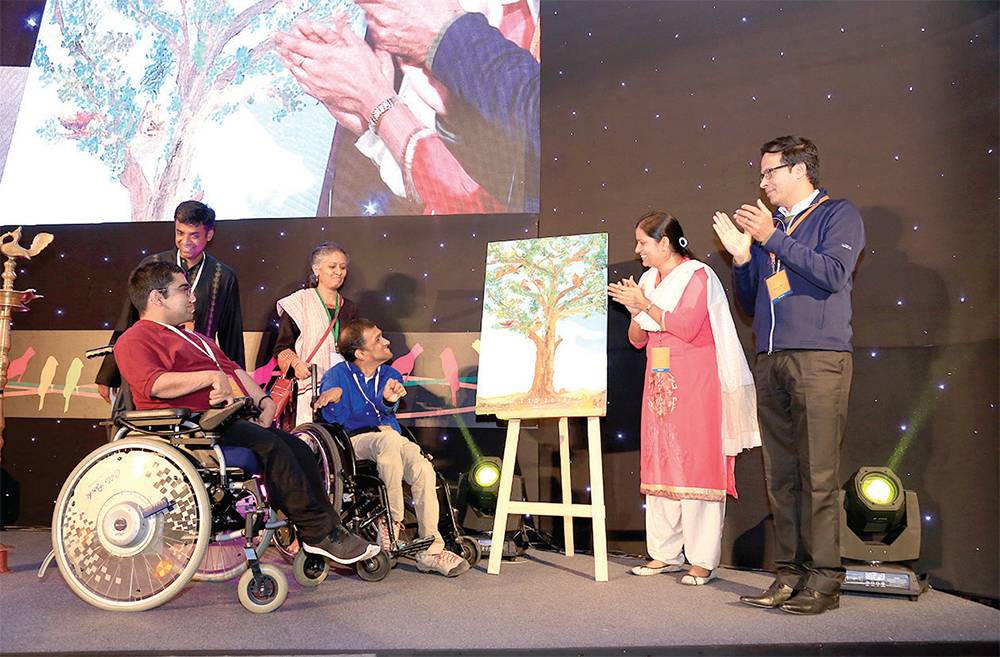 “Accept what you can’t change, and change what you can’t accept,” says VR Ferose, the brainchild behind the India Inclusion Summit, a community-driven initiative that brings together thought leaders from the field of inclusion to deliberate, discuss and take forward diverse talents available in our society, when we meet him on Tuesday morning.

He’s been working on creating a sustainable platform to create awareness in mainstream society on the need for inclusion, a belief that has been reinforced from his personal experience of being a parent to an eight-year-old son with autism.

“I’m speaking about what gives me hope. My own journey has been that of extreme emotions, but now, having accepted the situation, I’m hoping to give strength to parents,” says Ferose, who has also co-authored a book Gifted, which celebrates the journey of people who are special in their own unique way.

In its fifth year, the IIS brings has a line-up of over 30 speakers—entrepreneurs and authors including Amish (known for The Immortals of Meluha), Sudha Menon (co-author of Gifted), Prasad Kaipa and Meera Shenoy, co-authors of You Can Be Smarter and Wiser, who depict the journey of entrepreneurs with disability who persisted against several odds to achieve their goals; Haben Girma, an internationally acclaimed accessibility leader who has earned recognition as a White House ‘Champion of Change’, Goonj Founder and Ramon Magsaysay awardee Anshu Gupta, Paralympic gold medalist Mariyappan Thangavelu, and public health expert, disability specialist and social entrepreneur Dr Sheetal Amte. The fellowship, an addition and highlight this year, will see five fellows (who are working in the disability space to promote inclusion) receive a seed money of Rs 2,00,000 from IIS to support their inclusion project. The ongoing program has involved them in field visits in Bengaluru during where they will meet up with social investors, social entrepreneurs, NGOs in disability space and culminate with the main event on Saturday, where they will share their experience.

“I’m often asked how an event is going to bring about change? But it’s a four-step process that we’re looking a—the first being the event, second, building a community , third, driving sustainable projects, which will ultimately lead to architecting the future,” says Ferose, who is currently based out of California
In the last five years, Ferose points out that a loosely-tied community has been formed with the last step being miles away. “That’s the difference in the US, who is at least 30-40 years ahead of us in terms of inclusion. My son even goes to school on his own, something I couldn’t have imagined here. To begin with, autism is not even recognised as a special need,” he says, adding, “They provide adequate infrastructure for that.”

In 2012, he saw the need to get like-minded people, influential people and people with resources to come under a single roof to create a platform where people could share inspiring stories, and learn from each other. “What we found was unlocking a small door gave hope and connecting like-minded people had a massive ripple effect. In this five year journey, we’ve gone from being an annual event to becoming a yearlong movement,” he says.