The adventures of a book collector 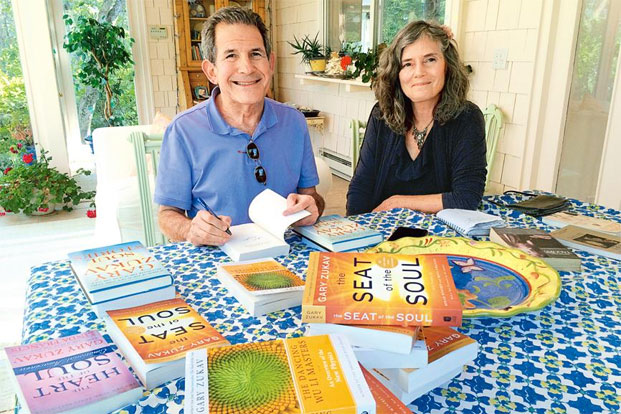 On a Friday afternoon in April, V.R. Ferose packed a suitcase full of books and caught a plane from San Francisco to Oregon to meet author Gary Zukav. At the author’s home in Ashland, he was greeted warmly by Gary and his partner Linda. And once they had settled down for the evening, Ferose took the books out from the suitcase and spread them on a table: multiple copies of Zukav’s books, including The Seat Of The Soul and The Dancing Wu Li Masters, two of Zukav’s best known works. Though a little astonished, Gary got into the act and began signing and inscribing each copy. To get these books signed is why Ferose had partly made this trip, the other being to spend time with one of his favourite writers.

Collecting signed copies of books and other autograph material is one of Ferose’s grand passions. The dedication with which the 41-year-old pursues signed rarities would put most veteran collectors to shame, while younger collectors will find it inspiring and instructive. He’s got nearly every high spot in the field of signed book you can think of: books with autographs and inscriptions by famous authors, presidents, prime ministers, sports legends, artists, and Nobel Prize winners. Many of them are personalized autographs, inscribed and signed to him, the rewards of going to great lengths to arrange a meeting with one of his icons. For instance, a year ago, he flew from Bengaluru to Colorado, a 36-hour journey, just to take a 2-hour lunch meeting with author Temple Grandin and then flew right back.

You would think his job as senior vice-president and head of globalization service for multinational software firm SAP SE, is what partly gives him the resources and access to authors and Nobel Prize winners and sports stars, but most of these trips are made on his own steam and outside of his work-travel schedule. When he travels on work, which is a lot, he seldom has time to drop in on author readings at a bookstore or make pit stops to visit local celebrities. “The one thing I try and make time for,” he says, “is a quick browse at a local bookshop to see if they have anything in the way of rare signed material or limited editions. Once, while on work in New York, I found a little time to dart into the famous Strand Bookstore and was thrilled to find a signed Catch 22.”

Another time in the San Francisco Bay Area, while browsing through the rare books section of an antiquarian bookstore, he spotted “a first edition of Agatha Christie’s The Thirteen Problems and immediately picked it up as my wife, Deepali, is a great fan of Christie, and her birthday was approaching. It was the best possible birthday gift I could give her!” His ambition is to be India’s most significant book collector, and the focus and speed and resources he is putting into making that happen will soon bring him closer to fulfilling this goal. The last time I interviewed him he told me his “dream possession was any autographed book by Gandhi”. He already possessed a first edition of My Experiments With Truth. Not long after I had an email from him saying he had just snagged a signed Gandhi, that most elusive (and pricey) of Indian autographed books.

His other passion is collecting cricket bats signed by cricketing legends, with many in the collection being miniature bats, a collectable in its own right, signed or otherwise. His desire to own priceless signed material is only half for the aura of a bespoke, legendary signature: the real passion is for the person, for what the signature stands for—the work and accomplishment of these people he admires so much. The adventure for Ferose, I realized, is really about the people. His yearning for signed books is also a yearning for letting the people he admires touch his life.

Interestingly, though, when acquiring a signed copy to add to his collection, he prefers books that are flat-signed by authors to inscribed copies. I assumed this was for the usual reason—the antiquarian market’s preference for flat-signed copies—but it turned out to be for the most human of reasons. “I feel every inscribed book has a personal story behind it. If someone had to give away an inscribed book, it would mean either the person did not value it any more or had to give it away for some reason or the book has outlived the person. Whatever the case, it is all rather sad.”

In 2014, he turned author himself, co-writing with Sudha Menon the book Gifted: Inspiring Stories Of People With Disabilities. It is a mosaic of moving stories of the differently abled in India (currently, Ferose is working on a book about leadership to be called Defining Moments). Now that this collector of autographed books finds himself on the other side of the table—as author and not audience— where he’s not asking for an autograph but being asked for one, I was curious to know what that experience had been like, having to sign book after book. “Exhilarating and exhausting, but also a humbling experience. As a rule, I always sign with a green pen since green is a symbol of hope, and Gifted is about hope. I learnt this while reading the works of Pablo Neruda.”

Ferose will always remain for me the book collector extraordinaire because while India has its fair share of leaders, humanitarians and innovators, there are only a few book collectors of his stature, taste and accomplishment. For Ferose, rare and fine books are not about money or prestige but, in his words, “the adventure of building a library, book by book, is what the fun is all about, so there’s a story behind every book!”